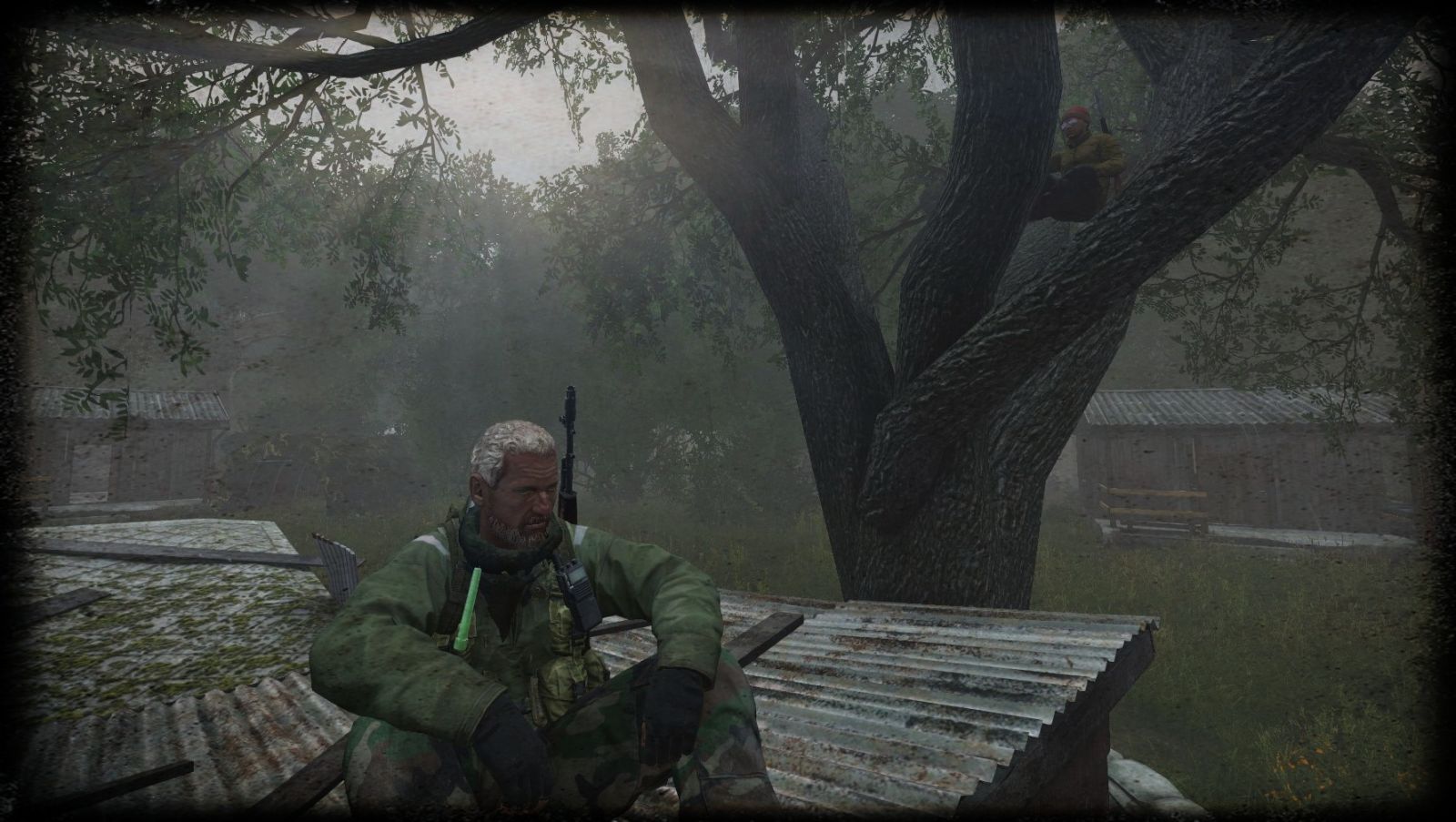 I finally completed my journey East. The intel I'd been given on the settlements I was looking for had been fairly general, but I was fortunate enough to bump into a gent in Grabin who pointed me towards some gunfire he'd heard near to my vague destination. I was nervous about approaching a possible firefight, but who dares wins.

I did a little scouting of the camp and saw a few people milling around rather casually, all well-armed. I decided to approach the camp slowly, hands raised to be clear I wasn't hostile. It turns out I'd found my destination, "The Soup Kitchen", and I was quickly greeted with some friendly smiles. Two of the people who ran the place were milling about, so I donated some of my extra food and medical supplies, and had my daysack repaired in return.

There was some excitement, as someone arrived with a working car. People started taking turns skidding around in a nearby field like kids in a Tesco car park, and I watched from a distance. The vegetable garden narrowly missed being sideswiped, but the owner of the car wasn't as lucky and got pretty badly banged up.

I took the opportunity to eat some stew prepared by a man named Marek. It's been a very long time since I've eaten a real meal with actual ingredients (that didn't come out of a can). Delicious stuff.

I hung around for a while, resting my tired old legs and chatting with some of the new faces. Val, one of the contractors who pointed me in Sitnik's direction, wandered into camp. We had a lovely little reunion and shared a drink, after which he insisted I keep the bottle. A good swig of vodka is great for warming the bones on a miserable rainy night.

I'm going to push onwards, head into the forest again for a while. Quite honestly I felt a little lost when I arrived at the camp and didn't have another objective lined up.