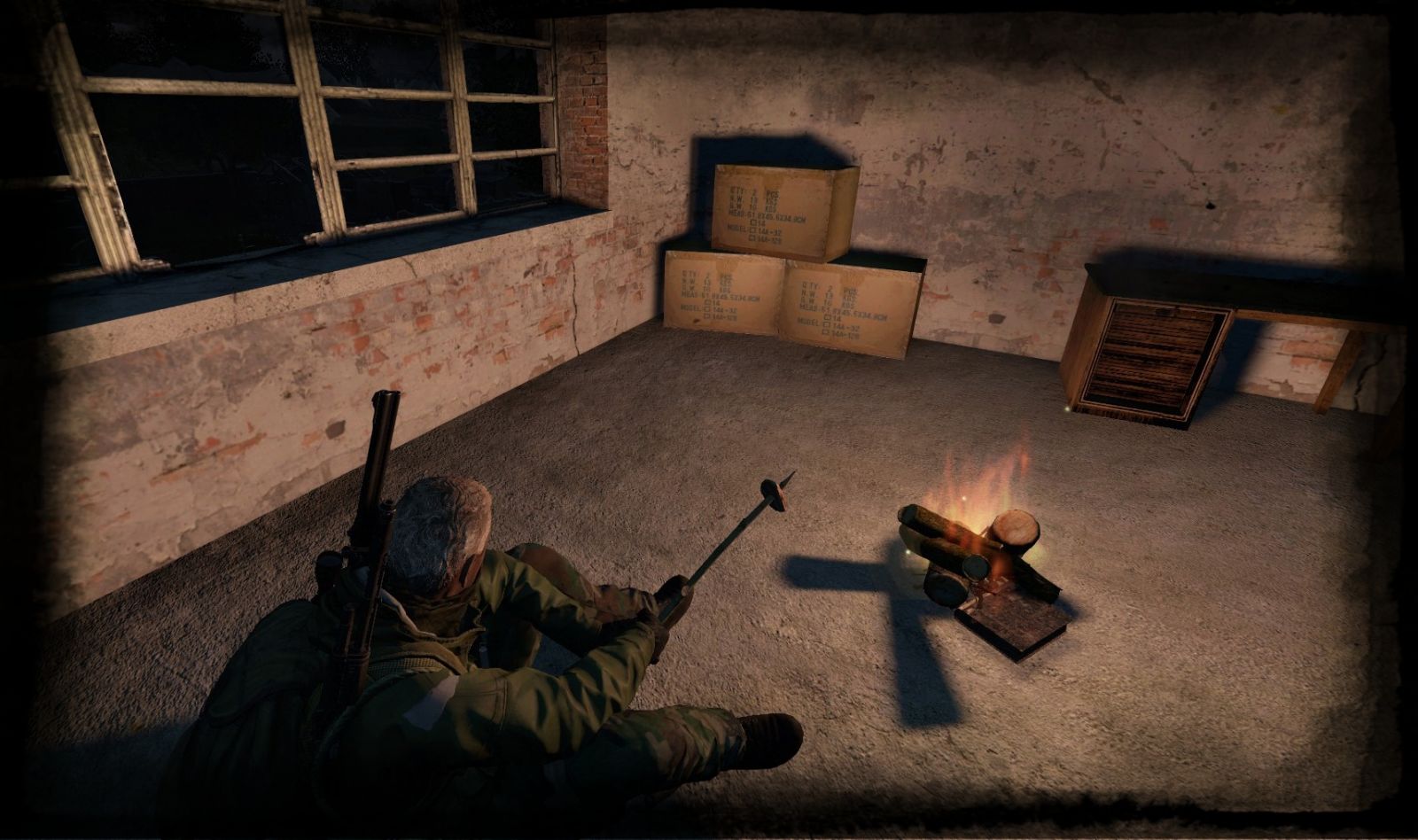 I had a rather interesting day. I decided to take a wander through some small villages, see if I could find anything useful. Of all things, I found a can of proper baked beans! It's amazing how something so bland and boring back home turns into a luxury in the field. I also found a couple of chickens who's owner was long dead, so I decided to make the poor little buggers useful. The meat is surprisingly tender.

I also popped into one of the bigger towns, hoping to find a new firearm. I'm pretty sure the Livonian police force used MP5s, and I'm very fond of the weapon system. I nearly kicked the bucket on my first approach and ended up stuck in a house surrounded by these brainless biting morons, but luckily for me this old dog can still move when he needs to. I managed to confuse the infected and give them the slip. I checked in on the police station, but the windows were all boarded up and the doors locked. Not wanting to be mistaken for a thief, I took my leave of the area.

I bumped into three gents not long after, and got a little nervous. They were heavily armed with some particularly fancy hardware, but I decided to introduce myself and hope for the best. What would you know, two of them turned out to be Brits! They were all great chaps, they invited me into their temporary home and we had a stiff drink and a long chat. They gave me some basic supplies and a fancy modernised Kalashnikov, they're some kind of private military group. I received my introduction to post-infection politics as well, as the lads told me a little about some of the factions roaming around. They told me about some points of interest, and I took my leave. Lovely set of gentlemen.

I decided to make for a settlement they had mentioned, but not long after heading off the heavens opened once again. This bloody country rains almost as much as back home. Thankfully I was close to some industrial buildings, and found a particularly comfy upstairs room. There's only one way in, but the window seems like a viable exit in a pinch. I had to use my old journal as kindling for the fire, but it's only got my ramblings from my time in the woods inside, so nothing of value was lost.

I'm tired, warm and well-fed, with a damn fine weapon cradled in my arms. There's a long journey ahead of me, so I'm going to get a little shuteye. WDW.

Photo Information for A cosy LUP.