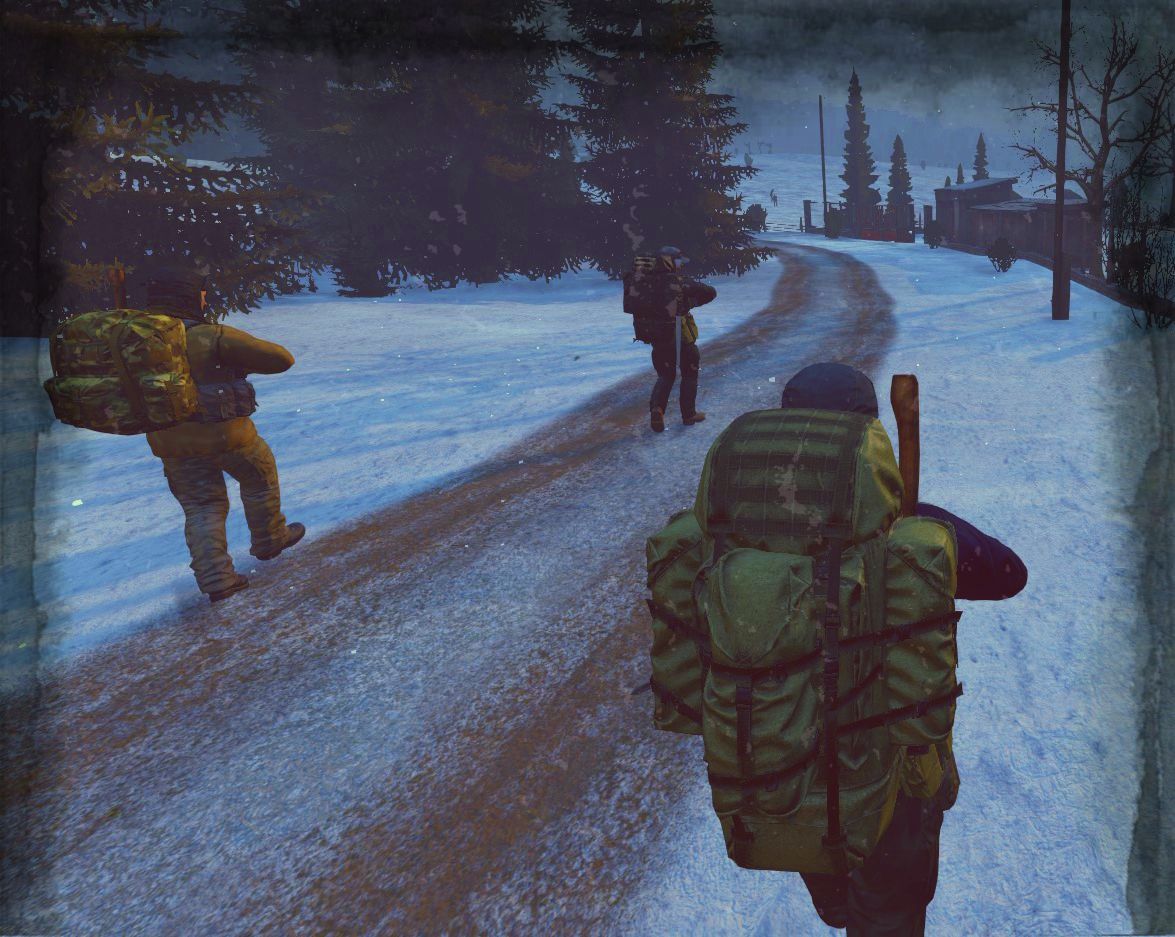 I woke today as I have done for a long time, with a knot in my stomach and my rifle cradled in my arms. However that familiar panic quickly faded when I remembered where I am, safe, amongst friends.

It was still dark when I woke, but there were people sat around the fire. We chattered and joked as we passed around a bottle of vodka. It is nice to relax for once, and knowing that Boris keeps his eyes on the perimeter is reassuring indeed.

When daylight broke, I headed out on a scavenging run. The two men I accompanied were new like me, both of them were very competent on the road. We had a few run-ins with biters on the way, but we handled it as clean as can be hoped. We returned with plenty of food for the camp, but I still can't find a single damn shovel.

There was a close call when we came across some militia guy, the doctor practically tripped over him whilst we were checking train cars. I do not know if he was wounded or something, but he was hidden in the back corner in a panic, rifle aimed at the door. We exchanged some tense words, left him and went on our way.

We found another lost soul too, this one more polite. He had very little, I can only guess he had been robbed. We gave him some food and necessities, and he headed off on his way.

We returned to our camp in the early evening and were greeted with a series of howls. Fucking wolves. A few well-placed shots from myself and my new friends dealt with them, but attracted a pretty large group of our mindless neighbours. After a brief battle, we dragged the corpses away and began to cook.

It has been a good day.


Honza Egorov - an attempt at a simple life

Photo Information for A gentle stroll.