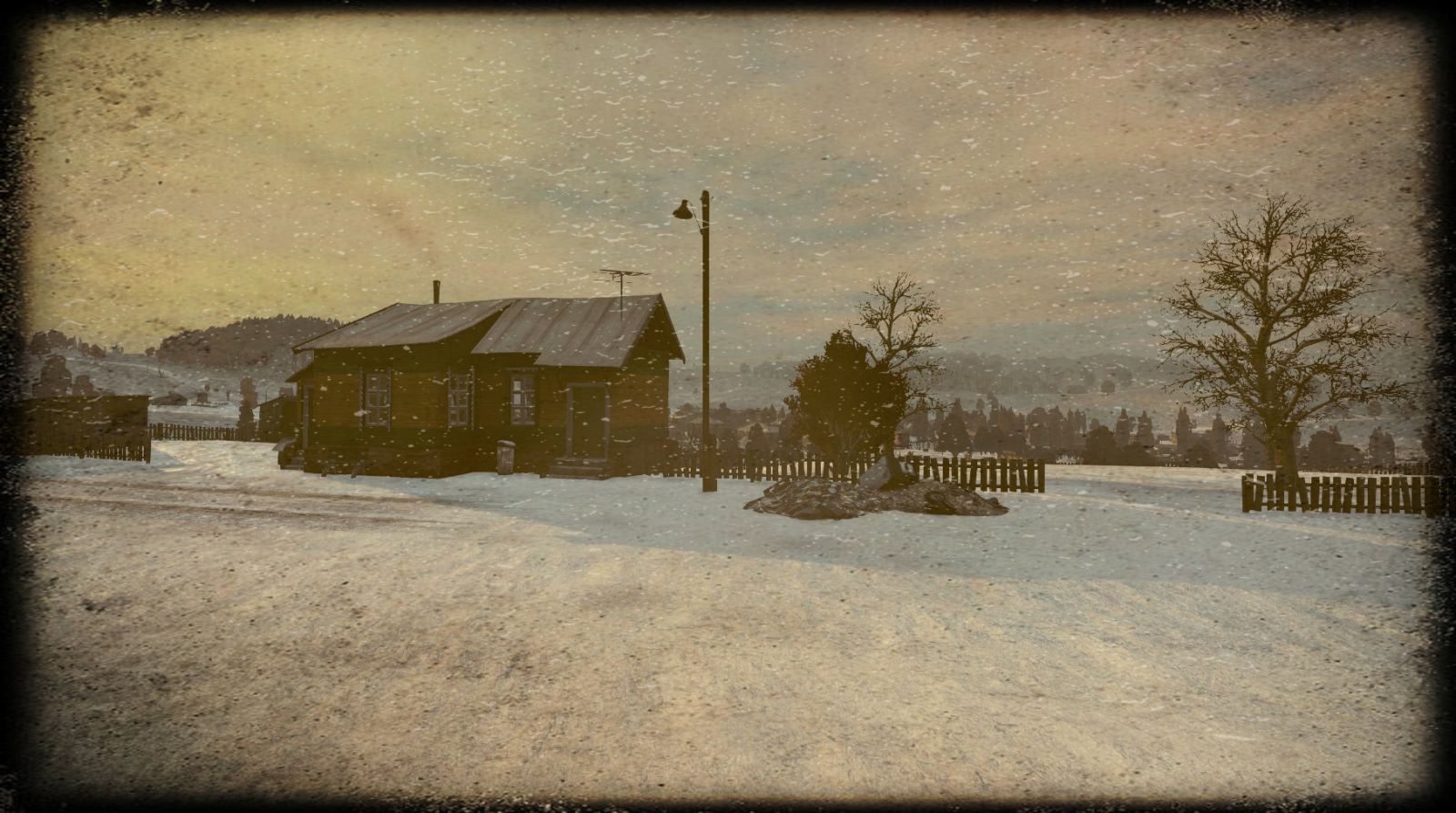 The journey west from Storozh was difficult to say the least. After ditching my prison clothes I thought I'd be safe, and it nearly cost me my life to a hungry little babička. I learned quickly to be wary of what was left.

Father was long dead when I returned. He'd been buried properly, back when there were people in the town to help my poor mother. Her fate was harsher, she had lived to see the horrors of this new world and chose to take her own life. Maybe if I had been here to protect her she would not have lost hope. I buried her in the woods, beside father. Too little too late I fear, but I hope the dead can still appreciate the gestures of the living.

The farm is in bad shape. The fences are damaged and the animals that have not been devoured have scattered. I found two of our goats nearby, smart enough to avoid anything shaped like a person. I slaughtered one, cooked some of the meat and stored the rest outside in the snow. There is much work to be done, but planting crops cannot begin until this damn weather clears.

Through my sadness I feel some optimism. I won't let you down again mama.


Honza Egorov - an attempt at a simple life

Photo Information for Home at last...