Territory fights or "gangs of Chernarus" 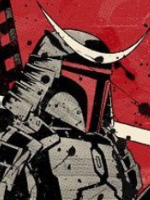 By Medvedev,
July 14, 2014 in Community Discussion