I felt I should put this out here. 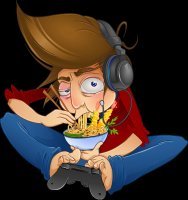 By McDugals,
April 2, 2014 in Community Discussion