Opinions on the 501st 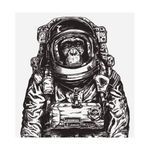 By Ghost,
December 15, 2013 in Community Discussion