To the attention of Altar Castle CR's & Citizens: Attitude towards UKSF 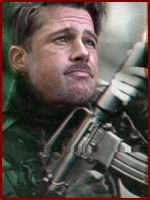