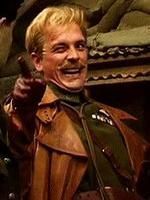 By PublicVoodoo,
November 30, 2013 in Community Discussion

Should it be only Clans that can initiate on a settlement?