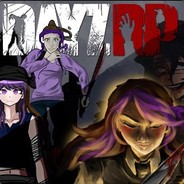 By Paradox,
May 22 in Suggestions

Should Shelter kits be sellable in traders?