There's crumpled paper on the ground near a body 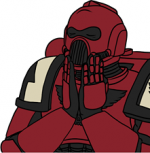 By Ulthel,
November 6, 2019 in DayZ Stories and Journals