An Ode to the Bayonet 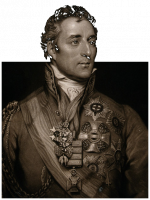 The future role of bayonets in DayZRP. Beard trimmer or lethal weapon? You decide.