Your most memorable moments 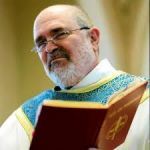 By andysuter,
October 17, 2019 in Community Discussion