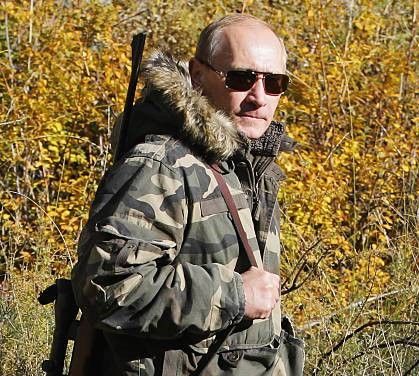 Before the global crisis of AVM-FLA-19 hit Finland, Will was a hunter providing food for the small community he lived in with his wife. Wilhelm never had any kids because he spent most of his time in the woods hunting. Everything was fine in their community because nobody there really traveled anywhere exept when the Full Moon Dance Festival was held in the nearby town where everyone exept Will participated.
During the festival Will was spending the time in his small hunting cabin. After he came back he noticed that the small town he lived in was a bit too silent. When he got home his wife was complaining about constant back pain.
The next morning Will was reading the newspaper which told about the symptoms of the virus. When he saw his wife with weird stuff flowing from her nose he fleed outside in a shock and heard screams coming from his neighbours house. He knew what was happening and went to his hunting cabin to get his rifle and other belongings, decided to come to have a look of the town again but it was too late. At this point very sick looking people were slowly walking in the yards of their houses.
Will collapsed to the ground thinking that everyone including him is going to die but soon figured out that the infections must have come from the festival in which he did not participate to.
Will's old father lived in Norway, very close to Nyheim, and he though that there isn't any other option than go there and see if the virus has not spreaded that far north.
During his journey to north he saw nothing but death and chaos and he continued until the border of Nyheim where he met some survivors. Meeting friendly people there he decided to stay, atleast for a while.