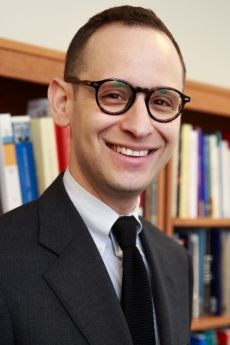 Despite being born in Belarus, Siamion did not spend much time in his home country. His father, Viktar, was a known Belarus gangster that had made many enemies in his youth. With his son still at a very young age Viktar decided that it would be best to send his son away with his wife, Katsiaryna, to better protect his family from the increased violence in the area. Siamion spent nearly his entire life in America hiding away with his mother. Occasionally Viktar would travel west to the states to visit his family during calm times in the gangs ongoing conflicts, but Siamion was still lucky to see his father more then once a year. This caused Siamion to have a very American style upbringing. His mother neglected to teach him much to any Russian despite Viktar's demands for her to do so. Siamion, more so going by Simon in America, never got to experience life like his father knew and up until the start of the Pandemic he never really cared too much to go to Belarus to visit his father. With a calm childhood and a desire to go to college like the rest of his friends his age he had no need to either.

Once the pandemic started this all quickly changed. Siamion's mother was one of the first to fall to the pandemic. As the beta version hit in the middle of 2020 Katsiaryna was one of the first catch the virus. Like many others she had fell victim to the pandemic. Siamion was devastated by the lose of his mother. Not knowing what to do without her, alone in the states, Siamion thought it would be best to had back to Belarus to be with his father and his abundance of recourses they could use to make it through the pandemic. Once together the two had made a plan on how to best survive during these times. Viktar had many friends in high places of power around Europe. After hearing how well PLIKT was handling the Pandemic compared to many other countries he decided to pull some strings to secure the two a safe place in Norway. Right before the mist the two had arrived in the country, but the hope for a safer situation did not last long. Quickly after the mist hit Viktar fell victim to the 21NS variant. Once again this left Siamion all alone in an unfavorable situation. It was now up to him to figure out how to survive in an unknow country during the peak of the pandemic with no powerful father figure to hand him all the advantages of life.
×
×