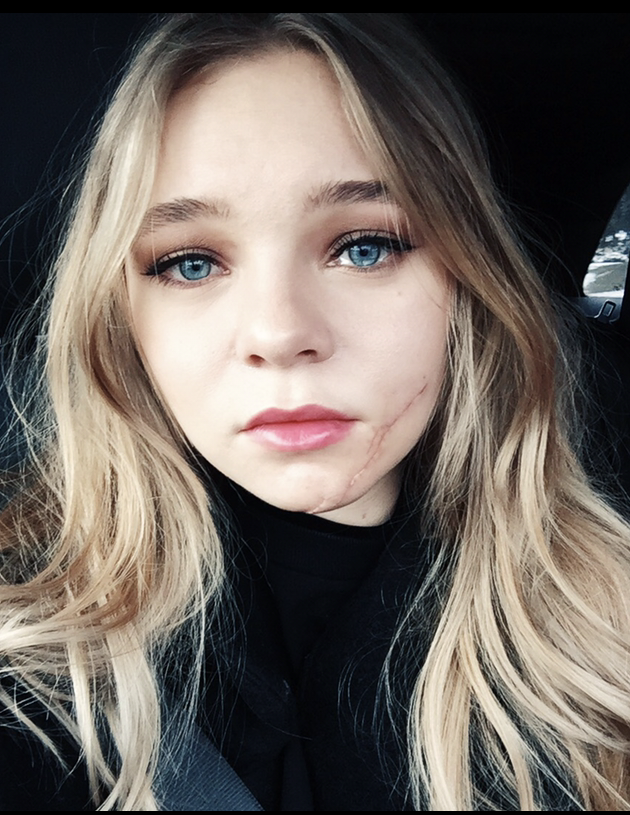 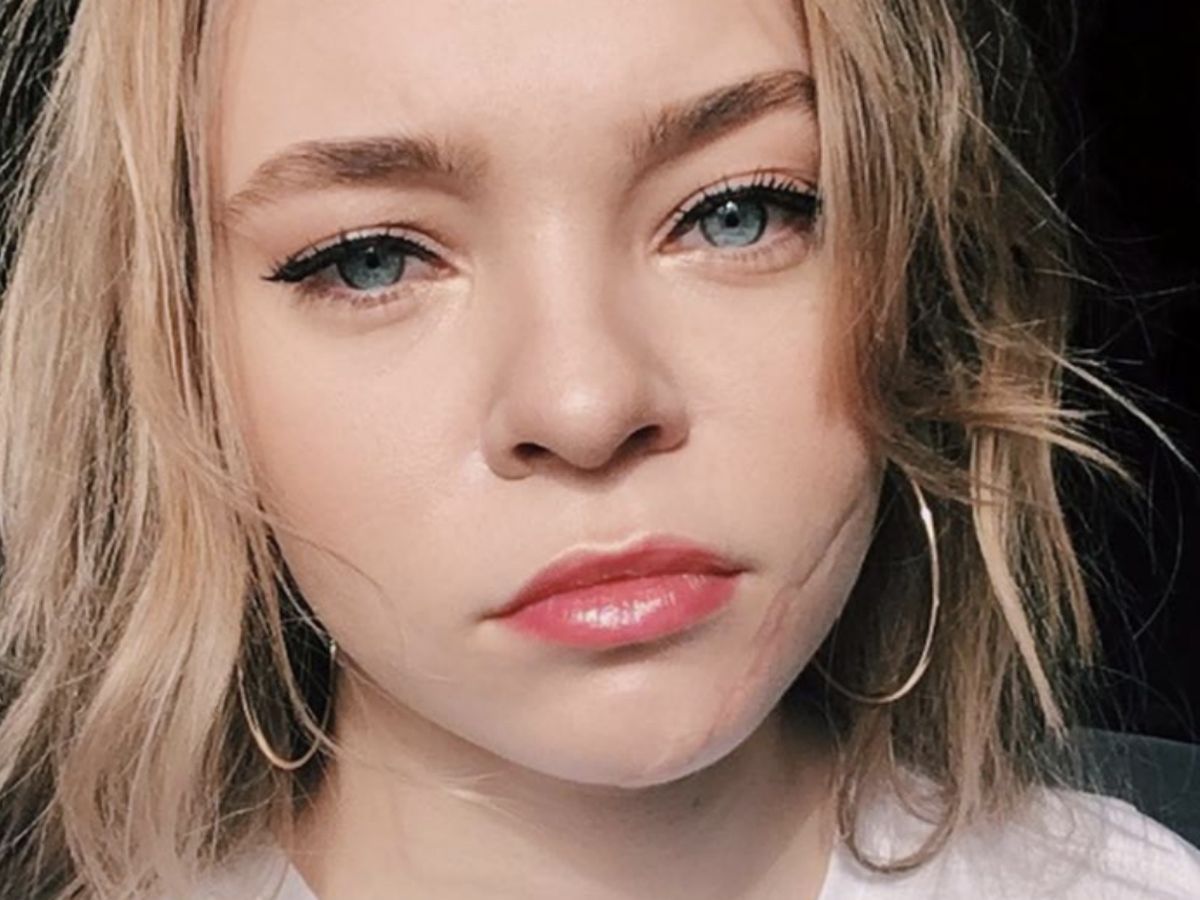 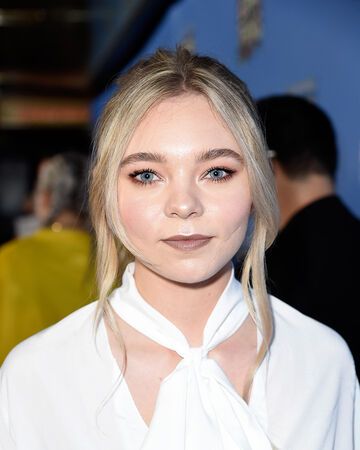 Beatrix (or 'Trixie' as she liked to be called) had an unusual childhood. Unusual in that she could not speak. At all. This was no fault of her own, as it was caused by an extremely serious viral infection of her throat when she was still a baby, and as a result,  it caused permanent damage to her vocal cords. Surgery and other options were looked into to try and help her actually have a voice, but there would not be a guarantee that it would work, and it possibly might do more damage to her throat. After careful thought, her parents decided to not go through with it, as she had already been through so much already. This did not hinder her development all that much, and in all instances continued to live and thrive as a normal child would, doing well in school and making friends (although with some difficulty using paper messages and notes) and of course, could only take the non speaking roles in plays and shows. This trend continued, until she finally finished school, and managed to do well enough to go to university.

While her grades were not good enough to get into the more prestigious universities, they were good enough to enroll in a smaller one closer to home, which saved her parents a lot of money and meant that she did not to take out student loans. University life was much different to her school life, and for the first time, she began to see her disability in a negative light. Many saw her rude for not talking (obviously not knowing or ignorant of her inability to) and she quickly began to feel isolated. However, a solution was found in easy to use "Text to Speech" programmed for mobile phones, so she now, for the first time, had a voice (albeit a very electronic feminine one). Trixie did not care, she could now make friends easier than before, but still used paper when she could, as a hark back to her school days. She made many new friends, and always got attention from boys due to her looks, but also it brought about some envy from other girls, as she was not only pretty, but doing well academically as well.

However, one night halfway through her course, her life changed considerably. It began as a pretty normal night out on a Saturday, where she and her friends were having a good time, getting tipsy and enjoying the music in the bars and clubs. It was getting late, and by that time, some rowdiness had began in one of their favorite clubs. Nothing too serious, just a few intoxicated blokes having a scuffle. But, the scuffle began to grow, dragging more people in, and quickly getting out of hand. Unable to get out of the way in time, Trixie and her group of friends were caught up in it. Unable to call for help or break free, she was soon dragged to the ground, where she ended up getting her face pushed into a broken glass on the floor, where it gave her the unmistakable scar in her photo, unable to call out in both fear and panic, all she could do was curl into a ball, silently shuddering in fear until she was rescued by the bouncers, and seen to by medical personnel arriving, then to hospital.

While Trixie's physical wounds were healed, her mental ones were not. She would have night terrors over that night, the feeling of being helpless, her disability being (in her thought) the one thing that caused it all. She became despondent at the fracture line on her face, running from her left cheek all the way to her chin. She started to also become anxious when alone, fearful if something were to happen, she would not be able to get help. IT made her ability to go to university incredibly difficult, and as such, the university advised her to go on a 'gap year' in order for her to recover and to try and regain the confidence that had been cruelly taken from her in a senseless way. Her parents decided to go on a holiday taking her along - a cruise to the Nordic Fjords, an area of natural beauty and peace, which they hoped would help Trixie in her recovery.

Unfortunately, the holiday quickly turned into a nightmare. It all began when several crew and passengers became sick with the new virus going around. At first, it was not noticeable, until 5 days in and nearly half of the people on board were sick. The boat was then redirected toward the port of Oslo, to both quarantine and to help aid the people on board. During this time, Trixie's father became sick with the virus, and had to remain on the boat while Trixie and her mother would be taken to a quarantine facility set up on the docks. While luckily the both of them were in the clear of it, her father became worse with it, until he finally passed a few days later. The news devastated Trixie, causing her to latch onto her mother even more, all the while they realized they would be trapped in Norway for the foreseeable future due to the new travel restrictions.

For the longest time, Trixie and her mother remained in Oslo, unable to leave, but watching the situation getting worse by the day. Less guards, worsening supplies and more people getting sick meant that the quarantine was failing, and it would be a matter of time before Trixie and her mother would become sick as well. This did not come to pass, as suddenly one day they unthinkable happened - Oslo was to be bombed, scorched to cleanse it from the virus and the 'Infected' now running rampant in the streets. There was little time to prepare, the warning alert made that clear. So Trixie, her mother and the few remaining in the quarantine area made a break for the city limits, hoping to outrun the flames that would engulf the city soon. And so the group headed out into the city, not knowing the full extent of the chaos, only from the heavily edited news reports from the television and radio.

The city was a disaster zone. Infected everywhere, and many roads and paths blocked. The large quarantine zone was completely overrun, and it seemed that the small encampment they were at had survived the most due to it's smaller size and multi nationality guests. Many of the group had fallen, either taken by the infected or killed by panicked uninfected, trying to escape the city or survive themselves. The few remaining returned to the docks, trying to find a small boat to take them away. Luckily, two small boats were still there, and ready to go, but one required refueling before it could leave. Trixie would not leave her mother, but she was forced onto the last position on the first boat by her mother, saying that she would see her again soon, and to be brave and strong. The boat began to leave, getting further away until the unthinkable happened - Jets carrying napalm arrived, and completely obliterated the city in a crucible of fire. Trixie could only watch on in horror as the small boat was engulfed by the flames, incinerating everyone on board.

Now, on her own and transported by coast to Nyheim, she has to survive in this changed world by herself...

Find other survivors to band together with

Learn how to survive on my own

Ensure to take all precautions to not catch the virus (I talked to a doctor, got the stuff I need)

Try to work on getting back to the 'old' Trixie

Lingering anxiety and stress from the night she got her scar

Large scar on her left cheek from that night, nerve damage remains making it painful if pressure is placed on it