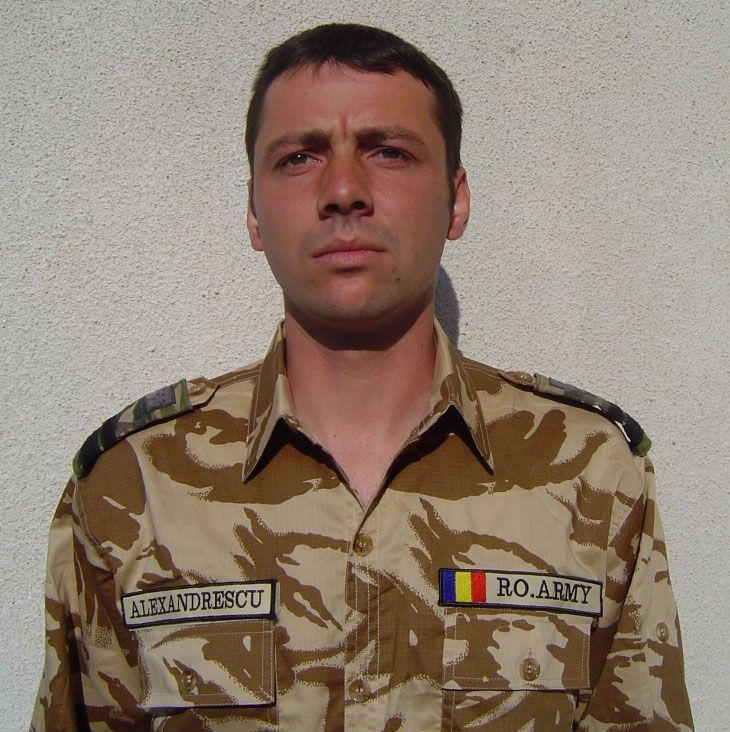 Proud to be Romanian

Decebal's love for his country was always strong, and always will be. He spent almost all of his life in Romania, up until he had left in other countries to do his duty for his country. Born as a peasant, he isn't a stranger to the hard and dirty work of farming and manual labor.

This lined up perfectly as Romania was doing greatly in terms of it's farmland and needed soldiers. The work of being a soldier was something different, but similar at the same time. Working in the field where he spent lots of time precisely cutting hay, carrying potatoes, picking carrots and killing pigs has made his militaristic life much easier to integrate in.

His precision with a gun was above average but nothing too special, his strength was perfectly trained to carry his comrades easily and fist fight well enough, his will to do boring tasks was never less than indifferent, taking up watch guard without a problem, and of course killing was something Decebal moved over fairly quickly, after knowing that it is done with and for a good reason.

Decebal has been sent to Nyheim for a mission, otherwise he wouldn't even be there. He learned enough English by speaking with other "barely anglophone soldiers". Knowing that it is a language that most of the population speaks, he took it upon himself to use the internet (as little as he knew how to) to learn and spoke with other foreign soldiers. This lead to him being sent off to other countries.

After being sent to Nyheim, he tried his best to find out find out how to get back to his contacts after all communications have been cut off. For now, he has to live and make friends, as getting back any contact might take a while, but for all he knows he will be stuck in Nyheim. Luckily enough, he always preferred the cold.