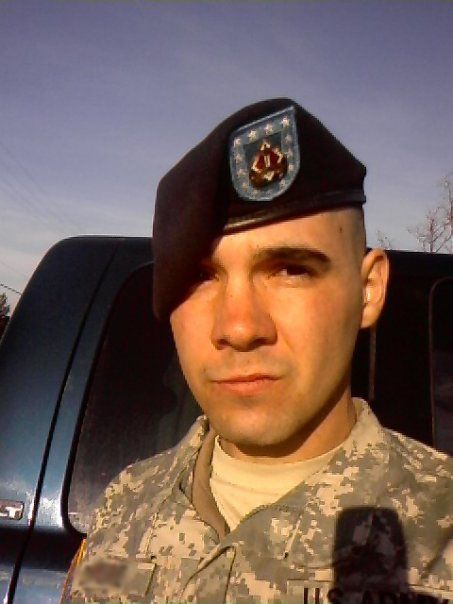 Clayton Jackson was born in SW Florida in 1984. Clayton had a relatively normal upbringing and enjoyed spending time with his dad hunting, fixing vehicles and playing video games. After graduating from High School in 2002 he enlisted with the US Army as a Military Police Officer. Clayton completed basic training and AIT at Ft Leonard Wood, MO and was sent to his first unit in Ft Polk, Louisana in 2003. Clayton spent 5 years there total but 45 of those 60 months were in the middle east supporting OIF and earned the rank of Sergeant. In early 2009 Clayton was sent to Schofield Barracks, Hawaii where he spent the next 3 years and another deployment to OEF in Afghanistan. Upon his return to Hawaii after deployment, Clayton was promoted to Staff Sergeant and received orders to go to Ft Knox, Kentucky where he only conducted law enforcement operations on the base. Clayton was able to get promoted again to Sergeant First Class before receiving orders in 2012 sending him back to Ft Leonard Wood, MO. Clayton was put in charge of a platoon where he ensured that his soldiers were well trained and cared for. In 2014 Clayton was again deployed to Afghanistan in support of OEF and returned to Missouri in 2015. In 2016 Clayton was promoted to Master Sergeant and in early 2017 was laterally promoted to First Sergeant and sent to USAG Stuttgart in the 981st MP Co, 385th MP BN. Operations and life remained normal for Clayton during this time, rotating between field training and law enforcement operations.

The AVM-FLA-19 outbreak in 2019 put a delay on a lot of deployments and operations with the US Army instituting a lot of precautionary measures. While the pandemic loomed, soldiers were ordered to wear masks and say away from each other as much as possible. Most work was done remotely; some units fell apart during this time due to not being able to keep in touch with their soldiers and the amount of AWOL reports skyrocketed. Clayton’s unit received orders to deploy to Norway in support of 1st Squadron, 2CR at US Army Garrison Wiesbaden. Clayton’s unit was tasked with installation security and PSD (Personal Security Detail) for high-ranking officers, or anyone deemed of importance to the US or Norway. On October 29th, Clayton was conducting a PSD mission to escort a Norwegian official back to Oslo. Their small PSD unit picked up radio traffic from the troops posted at Oslo Airport about potential problems, the transmission was abruptly cut off and a short time later they seen the smoke over the horizon in the direction of the airport. The Norwegian official suggested returning to Nyheim, so they could find out what was happening. On the return trip to Nyheim the PSD vehicles encountered an impassible roadblock so they decided to travel the last 5km on foot.

Clayton and his squad prepared for the journey and set out with the official in tow. During their movement they were seeing high numbers of aggressive people, some even daring to attack them. Clayton ordered his troops to deal with the threats with as little force as necessary and to keep moving. They found shelter in an abandoned farmhouse the first night and stood watch shifts throughout the night and continued movement the next morning. On that second day the squad encountered an enraged group of people who attacked them, Clayton had no choice but to authorize deadly force to overcome the horde of crazed people. During the attack the squad was split up and the Norwegian official separated from them. Clayton lost most of his equipment in the attack and spent that night evading the horde and looking for his lost squad and the official, a mission which continues.