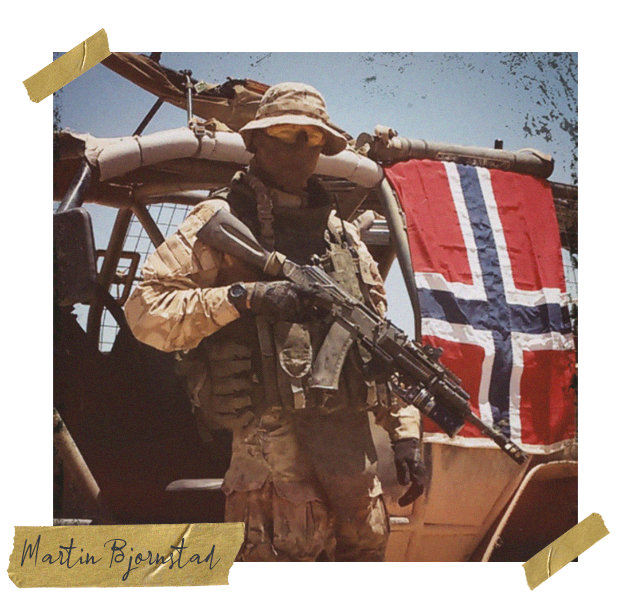 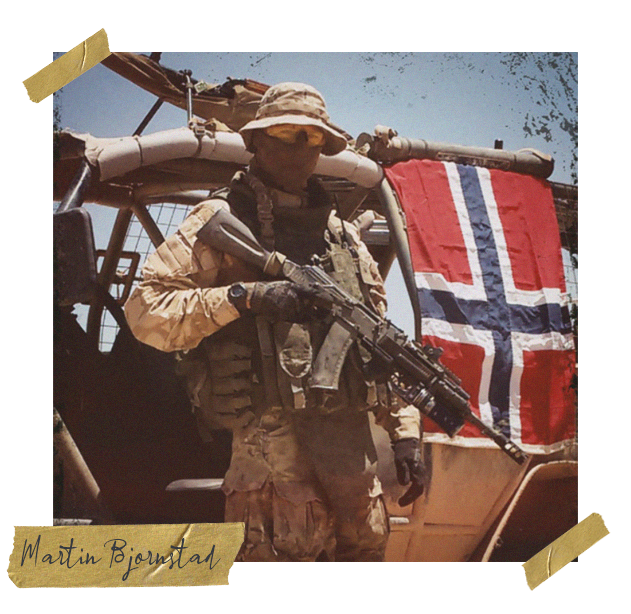 Martin had a fairly boring childhood, perfectly normal. Middle class, he knew it was strange but he wanted to struggle for something. The day that altered the course of his life was when he was 11, at this young age he was in school as per usual, not really paying attention. When a kid he had already found to be an annoying little prick threw a balled up piece of paper at him. The kid was a little bigger than him at the time. But it didn't make him hesitate at all, Martin got in the kid's face, finding his anger had risen quickly without him realizing. It was clear the kid didn't take him seriously from when the kid laughed in his face and nothing could've pissed Martin off more, to him that was the biggest insult the kid could throw at him. And so he responded in kind, grabbing the kid by his shirt, craning his head back and plunging it into the kid's nose. The crack of the bone was audible. Sure it hurt Martin, but nowhere near as much as it hurt the kid. As the kid began to cry all Martin did was laugh a little. All that was on his mind was payback. Of course after this he was suspended. But he did not regret his actions, in fact he felt that he wanted to do it again. That rush he felt when he did it, was incomparable to any gift he'd been given up to that point in his life. And so from that point in his life, Martin got into a lot of fist fights, getting a reputation for never losing. Not because he was the strongest but because he refused to stay down, most called him crazy because the harder you hit him the more he laughed and the harder he fought back. At the age of 16, Martin began smoking cigarettes and drinking, having an infamous reputation now as a delinquent to everybody that knew him. He was a lot bigger now, he had begun working out a lot, when he wasn't fighting and drinking he was working out. However he found a new past time when one of his friends that he could actually stand asked him to go snowboarding, he did it and he found that he got a similar rush that he got when fighting. Adrenaline. He began to do everything, he bought his own snowmobile and went skiing multiple times down terrifying heights. He was pretty damn good at them all too. 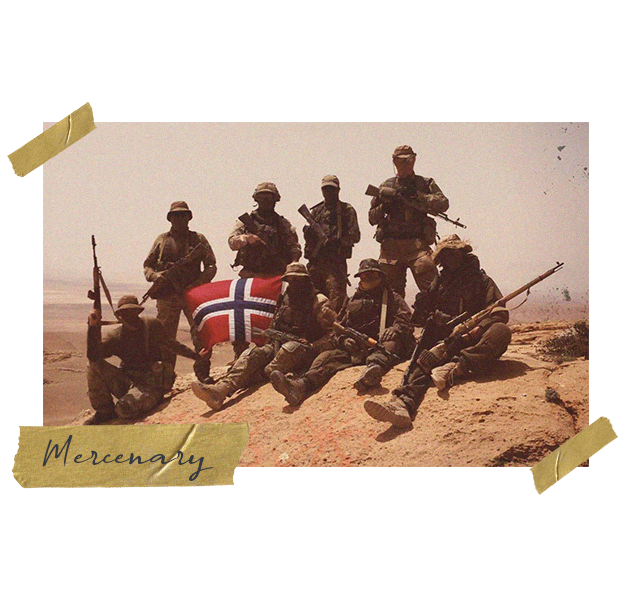 Two years later, in a bar he got approached by a man with a few scars over his face. They began talking and the man offered Martin a job, a mercenary profession. Martin knew in his gut that this would simply be fun. And so, he said sure. Simple as that, after doing a little gun training, he proved to have a lot of natural talent with his aim and reaction time. He began his work as a mercenary for around a year. He loved the rush of the shootouts, the killing. However, he refused to do jobs for sickly people or children. He believed that there was no risk involved there. And so when he got the option to take a high priority political target in Norway, he signed up for the job. Along with 10 others, most were pretty old guys, 30's-40's. However there were two others his age, one was a quiet girl looking like she just came out of prom with long hair and nice earrings, looking like a model school student. The other being a big muscly dude that looked like the type that couldn't do 2+2 but was a dangerous guy in a fight. Both were Russian and appeared to be close. Either way he didn't bother to talk to them, the operation started and an ambush occurred. They had been tipped off, and a shootout started, his colleague's started dropping like flies. He however was having the time of his life, gunning down their aggressors with ease. However one of the more older ones still alive shouted they need to retreat. Grudgingly he could see that if he stayed he could get overwhelmed and killed, so he retreated along with three others. One being the big Russian dude and two of the other older mercs. The Russian guy seemed distressed, apparently his female friend had been captured. And for the next few hours he would argue that they should go back for her. The oldest dude argues that it's not their job to save some random colleague. Martin didn't care about the girl personally, so he already knew he couldn't be bothered to die for some random chick that could already be dead. However the Russian guy and one other mercenary left anyway. Martin didn't wanna stay with the old dude and so he walked off back into his hometown. 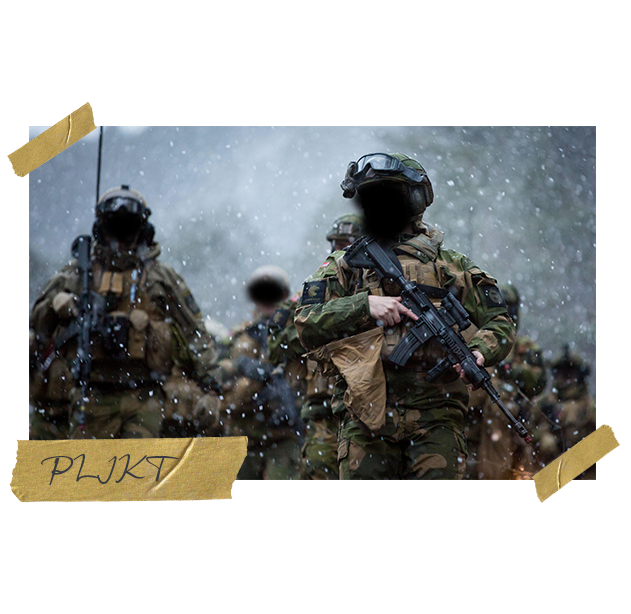 Where for the next six months he would meet a small frail old man that had a heart of gold, the funniest guy Martin had ever met, he used to be a soldier for the Norwegian military. But.. The man was dying of a disease and toward the end of the six months his friend passed away with only Martin there. The man told Martin a few things before he died, that he shouldn't be alone when he dies, like he is. And that if Martin is to kill and hurt people, that he should kill to protect the people that cannot protect themselves. Martin was surprisingly hurt by the man's death and when drinking a beer in a bar where he met the old man, he looked to his right, seeing a poster of the PLIKT humanitarian organization, set out to protect and help people in the event of crisis. He didn't think about it much, he just told himself fuck it like he always has and signed up to be a cadet for PLIKT. He learnt he wasn't the biggest fan of the people in there. But he did recognize one person at his ceremony for signing up. The Russian mercenary lady who was captured, turns out her name was Katya, or as he would now know her as. Sergeant Volkov. He didn't really know what to make of her, she still looked like a model school girl. But it was clear that she had a lot of experience, he both respected her and saw her as competition. She couldn't speak anymore, she must have been pretty rowdy during the torture because they cut out her tongue. Throughout the following six months in PLIKT he'd talk to her a little, finding her and a few others more bearable. He attempted to hold a level of respect for higher ups even if he didn't like them. But he rarely gave non PLIKT the same treatment.