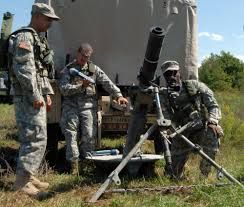 Born 03/31/1989 in the Ft. Stewart, Georgia Army Medical Center, Bates would live what some would believe to be an average life. Joining the US Army upon turning 18, training in Indirect Fire Infantryman (MOS 11C) and cross trained in Army CBRN Specialists (MOS 74D) and being placed in the 1st Battalion, 41st Field Artillery Regiment. Over the years he would be transferred between Norway and stateside on a cycling basis, his caring and friendly attitude proving to be a boon when dealing with new recruits and veterans alike. Before transferring to Norway for the last time in late 2021 as part of a volunteer force assisting with the Virus support operations. He would eventually be transferred to the town of Harstad as part of a Military outreach program, assisting the locals where he could and quickly making friends due to his personality. Having been present during the Town meeting, Bates made the decision, he would stay to help in any way he could. The anger and frustration he felt at the local governments lack of action and his own inability to help due to political turmoil in the US command leading to his resignation from the US Army. He would join the locals, having found a cause he felt worthy of his skills and time. After spending some time training his new brothers and sisters in arms in the use and care of the L16 81mm mortar as well as basic CRBN skills and first aid, he would find himself as part of the group sent to Nyheim where he would soon find his skills put to the test.