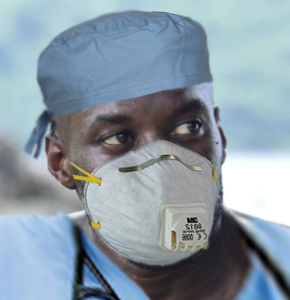 From a young age, Colin had difficulties bonding with others due to his condition that rendered him mute at birth. Colins vocal cords are completely rendered null and aside from the occasional grunt, he is completely incapable of speech, often relying on expression through actions to convey his emotions and intentions. This lead to severe bullying and targeting of Colin, who, is of a gentle nature, and wouldent dare fight back despite his size and strength and so Colins brother would often step in to defend him.

Benjamin, Colins older brother would often be his only friend, forming a close bond that only strengethened after the death of their single mother, and following in his brothers footsteps in every way. Colin is often spotted shadowing his brother, becoming a skilled medical practitioner by his mid twenties thanks to the teachings of Benjamin who had studied in the respective field for years.

Now in his adult life, Colin has retained many of his attributes of that of a gentle giant as described by many. However, in this new, decaying world, Colin has found himself forced to take up arms to defend him and Benjamin against the dangers of bandits and the infected. He is seen travelling the lands, collecting medical supplies and provisions to aid other survivors in any way they can, especially through their medical expertise.