Karina Khachatryan is a 20-year-old lab assistant from Massis, Armenia who enjoys reading, podcasting, cooking and painting. She is intelligent and creative, but can also be very lazy and a bit moody. She was raised mainly by her father after her mother died when she was young. Her father owns and operates the largest slaughterhouse in Armenia and intends to leave the business to her older brother who is the golden child in her father’s eyes. Karina was always groomed to be a housewife and family caretaker, her father having arranged a suitable marriage for her to an eligible, rich bachelor of a prominent family in their town. Her family raised her to be a pillar of virtue, going to church at Saint Thaddeus and attending mass every Sunday. The first boy she dated was Jai Kenan Sargysan but they broke up because she found his political views to be too conservative. She eventually came to realize she was bisexual and began secretly dating her childhood friend and sister of her ex, Anna Sargysan. Eventually after university, she was forced to uphold her father’s traditions and continue with the arranged marriage. It was one of the saddest days in her life but at least Anna was there to be with her. She continued to see Anna behind her husband’s back until one day she found herself unwillingly pregnant. Anna and her read as many books and searched as many online articles as they could until they found the perfect herbal remedy, one that would induce a miscarriage. Something went wrong however and Karina was hospitalized after she couldn’t stop the bleeding that occurred as a result. She began to be investigated by the authorities as abortion was illegal in her conservative province. Anna couldn’t handle the possibility of losing Karina after coming so close to losing her to death. Using all her savings, Anna spoke to private pilot who agreed to fly them discreetly to America so that Karina’s husband would not find out. Karina was thrilled with idea of freedom and everything America stood for. However, the pilot ended up having an agenda of his own and flew the two girls to Chernarus where he planned on ditching them and taking their money. The outbreak started not long after they were both abandoned. They could hardly communicate with the locals and Karina attempted to make contact with her husband but her phone service did not work and had been cut off. Eventually Anna came down with a fever and the two of them knew what fate had planned for Anna. Karina gave Anna sedatives and finally a horse tranquilizer until she slowly died peacefully in her sleep. Karina was beyond heartbroken but was determined to find another way to seize her destiny and take control back over her life. 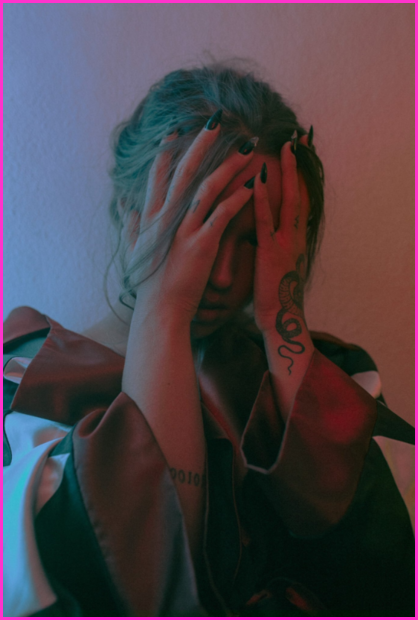 ✖ survive by any means necessary ✖