Arno Vojacek was born 1988 in Chernogorsk. He grew up in Dubky, a place with nothing but housing blocks and 2 supermarkets. A place, where the poorest of the poor would live. Arno was the first of 3 children to see the light of the world, he was followed up by 2 younger brothers, Marian and Anton. Schooltime for Arno wasn’t easy. He was the kind of kid who could break your nose, but not calculate the missing site of a triangle. Due to that he was respected by the other kids, but it didnt make the teachers give him good grades, quite the opposite, they disliked him and he often got sent home.

Arno’s youth consisted out of alcohol, shoplifting and brawls with Takistani or Russian kids who made up a big percentage at the place where he lived - THE BLOCKS OF DUBKY. Even in his early teens, Arno started to develop hatred towards Russians and Takistanis. They were the reason for his father often being unemployed. Arnos father struggled to get a job up at the sawmill or down at the factory. The Russians and the Takis often worked for half the wage or less, making it hard for the Chernarussian working class. This fueled Arnos personallity with hate. Hate and disgust towards the immigrants.

Arno himself could not find a job suitable for him either after he dropped out of school. Construction work here and there, but for the most part he dealt drugs and small calibre handguns to keep his family and himself over water. His drugdealing led to the first association with the block and prison gang Černá Liška. He would deal drugs for Černá Liška around the blocks, as well as support them inside the prison with some risky manouvers. He and his friends would row over to the prison island at night and toss drug baggies across the prison walls to supply Černá Liška inside with important goods they could use to expand and dominate.

Turning 18 years old, Arno already had multiple run ins with the police, he eventually got sent to jail in 2006 for stabbing down a Takistani Immigrant who he just caught beating up his little brother at the blocks across the street in Novoselky. The immigrant survived the attack, Arno got 8 years in prison and more hate for the police and Takistanis.

In prison Arno already was surrounded by brothers, the Černá Liška had a huge presence by the time he got in and due to that, Arno got by fine. 2 months after beeing imprisoned, Arno got his Černá Liška tattoo and became a full blooded member.

Time flew by in prison, gang activities made up most of Arnos life now. However, he also got into reading and sports to lighten up the grey prison sentence he had to face.

In 2014 Arno got out of prison and started grouping up with the other Liska members who still were at the blocks. He picked up dealing again and did so until the outbreak. 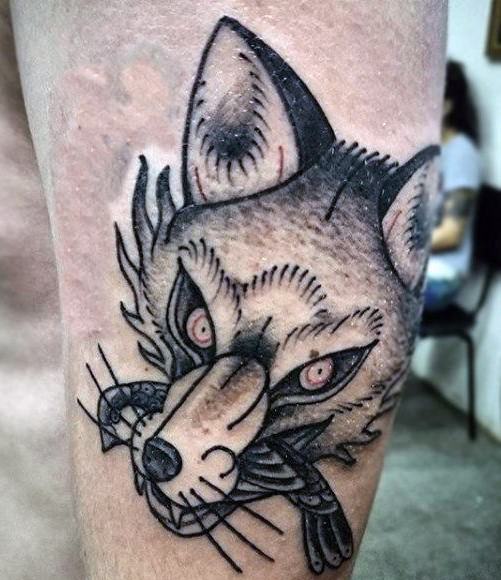