In her childhood, Ryleigh suffered an injury to her larynx and has been unable to speak very well since. It happened during a traumatic car accident as a 9 year old. Her quality of life suffered slightly, but she managed to get a degree in nursing and used to draw and paint as a hobby. At least, this is how it was before the infection. She was sent to Chernarus near the start of the outbreak to help with relief efforts and offer aid to people who suffered injuries; something along the lines of Doctors Without Borders. Little did anyone know they were sending her into hell...

Ryleigh knows American Sign Language due to her childhood injury and social anxiety related to her voice. Her larynx was repaired with surgery as best as was possible, but talking for any length of time causes her discomfort, both mentally and somewhat physically. Because of this it was very difficult to get her nursing degree, and she had to work harder than most of her peers to accomplish this. She was very close with her family before being sent to Chernarus, and misses them terribly. There is no way to get in contact with them, but she believes they haven't given up on her yet. Relationships outside of her direct family always failed due to her insecurities concerning her voice and appearance with the scar on her neck from her surgery. The injury also left her with a scar near her hairline on her forehead on the same side as her neck scar. Head trauma in a car accident in her youth left her nerves damaged - including the ones controlling her voice box muscles and her larynx, and although this was repaired for the most part, it left her self conscious about her voice and with an extreme case of anxiety. For this reason she only speaks when it is necessary to, although she has gained more confidence in the past weeks since meeting John. 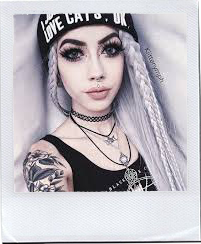 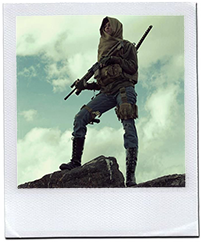 In her new life in Chernarus she tries to maintain her health and sanity, having camped deep in the woods for a majority of the time. This proved to be more of a challenge than she thought it was worth, and so ventured out into the towns and villages looking for other survivors. If only she knew of all of the hostile groups of people running all over South Zagoria before hand, making their stand and surviving by using brutality against others. It made her want to start her own group with John's help, and all the more thankful for him and the kindness of some of the random strangers out there. The ones that didn't tote guns, with something to prove. The good ones. The ones she now considers family and survives together with, without stealing and hurting others to get what they want.

If it wasn't for John, Ryleigh wouldn't be alive to this day. He became her protector, as well as her fiancée. From saving her from wolves, infected creatures, and even cannibals that all desired to devour her, John has well deserved this title over the months they've known one another. Together she hopes they can bring back health and peace to survivors across Chernarus, with the help of their Rangers and growing allies.