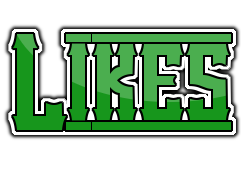 Just your average American college student. Time just happened to not be on his side. From being stuck in German when the outbreaks starts, to making the rather poor decision to make the attempt to hike to the Pacific ocean by way of crossing Russia. Though life has made it hard, he hasn't been alone. He met a man along the way that took him in while he was at his lowest moment, and brought him back from being in an arms reach of death. From teaching him to shoot, to being what looked like the one real light left in the world, you could say the man was more of a lighthouse in the dark for him. Conflict rises, and in an attempt to fix the issue explodes, quite literally, and leaves the mass majority of both groups dead, and the few survivors injured. With burns along his left shin, lower back and left side, just under his ribs, and his left hand; he is very much lucky to be alive. When he finally can move, with the help of an engineer that was lucky enough to not be at the meeting, he follows the path of his leader. Along the way, he leave the engineer, feeling like he's just weighting the man down. His limp is bad enough, he shouldn't be weighing him down. Now, he's alone, walking along the shore of Chernarus, just letting the days meld together. Life is nothing like it used to be.