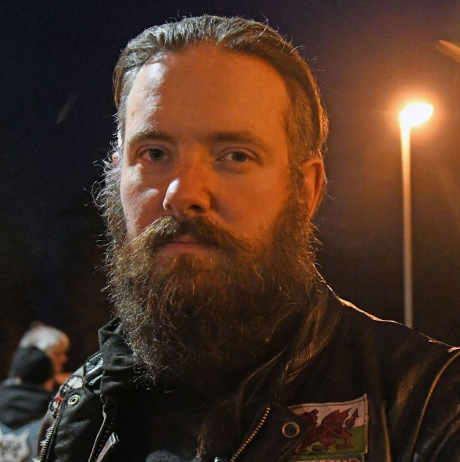 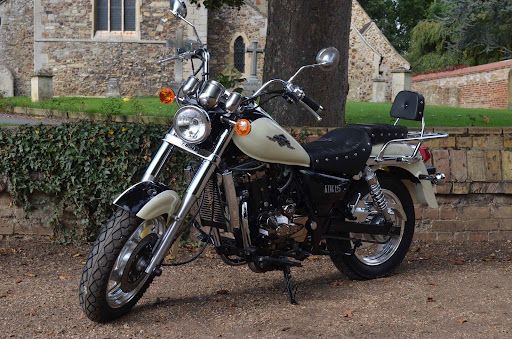 Thomas Kane was born in Britain in 1999 into a small farming town on the border to wales. His early life was quiet helping out on the farm with his father up to 16 years old. His main responsibilities was the maintenance of the tractors and machinery from this he wanted to work as a mechanic and started working at a motorbike shop in the village learning the way of maintaining and repairing motorbikes. Thomas picked up these skills quickly over the years of maintaining motorbikes and farm equipment.

Within the time of Thomas maintaining motorbikes he had come across a motorbike club, The president of said club took a liking in Thomas and took him aboard as a prospect to prove his place within the club. Thomas helped to maintain the clubs motorbikes and helped out maintaining the club bar as well as odd jobs building up his relationships and trust within the club. Thomas took a liking with one of the women who was a regular around the bar later finding her name to be Annabelle and hitting off a relationship with her.

Within the two years of being within the club and helping his father he decided to fully get into the club and was granted permission to join the club and was removed as a prospect as well as leaving his fathers farm. Thomas within the two years had developed strong riding skills and mechanical knowledge. He married Annabelle in a open ceremony in a field at the farm he grew up at inviting his club and the village to come to the celebration.
Waking up the morning after he drove to the clubs bar to prepare for the day and while setting up shop he received a desperate phone call off his wife saying a group of people had barged into the farm and murdered one of the clubs members. Hearing this Thomas pulled out a magnum out from under the bar and rushed to his bike speeding to the scene. Upon the farm was dead silent with the president on the floor next to the entrance bleeding out slowly to three gun shots to his chest Thomas ran to him and called an ambulance while doing this the president told him that he shouldn't go into into his family's home as a group of five people rushed into the house and he heard screams and multiple shots before they escaped over the back fields.

Seeing the life drain from the presidents eyes he gets up cocking the revolver back he runs to the door and clears the rooms every room was oddly tidy until entering the dining room Finding all of the other club members his mother and father and wife sitting at the table. He collapsed realising they had all been shot through the temple Thomas laid there in shock for a few hours before getting up feeling nothing but the urge to butcher the people who had done this and taken everything away from him. Before he left he noticed a member of the club holding a patch of the group that had done this to him walking outside the ambulance had arrived with two paramedics with the presidents now lifeless body on a stretcher. he help his revolver up telling them to give him the keys to the ambulance climbing in and speeding over the border into wales. Coming up to the site of the gang he drives through the gate and sees one members waking to the front door turning around in shock as he is run down and the ambulance slamming into the building. Three more members run out to see whats happening as Thomas unloads five rounds into them killing two and gravely injuring the other. The last member runs out and tackles Thomas as they viciously wrestle on the ground before Thomas bites down on his neck and ripping his throat out.... Thomas for some reason found pleasure in doing this and instead of spitting it out he swallowed it.... The man on the floor wide eyed as he bled out. Thomas stood up slowly turning to the last injured member crawling into the house Grabbing his jacket and pulling him inside Butchering the individual and eating parts of the body... Thomas leaving the house feeling weirdly calm and achieved sees a police car and flees the scheme.Thomas had become insane and developing a interest in human flesh while not essential If he had a person grudge against someone he would kill them and take a piece to savour Thinking eating the flesh of his enemies would allow him to become stronger and protect things he cared about.

After hiding he organises a cargo ship to take him away. a few days after leaving on the ship rumours are spreading about a mysterious illness killing and bringing back the dead.... With limited contact the crew is concerned about this. Thomas being fed up sees land and takes a life boat to the shore. Little did he know what awaited him.....