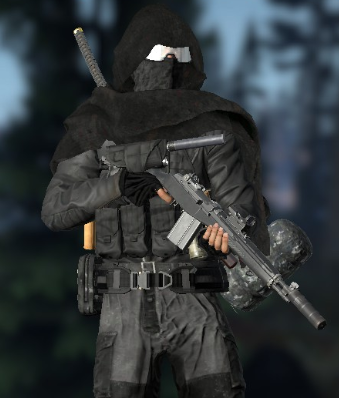 There is a small crackle around a campfire. Six people sitting around in the woods, in Nyheim. It’s been 75 days since the apocalypse and the beginning of the end. There sit 6 people, Angel, Lloyd, Amanda and three others.

Angel – ‘’I’ll start from the beginning. My name is Faustas Jucka. I’m from Vilnius Lithuania. I was born in the late 90’s to a small family. My father was an electrician working on lights, wires all sort of stuff. While my mother was an accountant. When all of this started. The frights, the quarantines. I was in university studying Software Engineering. Basically, working with computers and software. A few years passed, but the virus didn’t stop. So, I just kept studying thinking that this will pass quickly. When the borders opened up. I had even more hope. Thinking that the virus would be defeated in a month or two. God was I wrong. We arrived in Nyheim by boat for our graduation party. It was stupid of us. But we never expected for it to turn out like this. That was maybe 4-5? Months ago? I don’t remember. We had fun partying, joking around. You know that kind of stuff. But then… shit went down. Everything… Goddamn it was hell. We got out of the main city quickly. Only me and some of my friends were left. At first it was hard, adapting to this. Never thought that killing something would be an everyday activity up until now. Well but we got used to it after Day 15? I think. But when we got enough courage to go back into the city to search for supplies. It all went wrong. The dead surrounded us in a flash. At least that’s what it felt like. I…. I was the only one out of 4 to make it. From then on. I just wandered. I knew how cruel the world was. And I wasn’t going to fall with it. I’ve seen the worst. Even after such a short period of time. Kidnappers, murderers, child killers and more. It’s strange how things can change so quickly after the end of humanity. Huh… But then I met you yesterday. Stupid of you to give me the nickname Angel, Lloyd.’’

Lloyd – ‘’But you are an Angel. You saved our asses back there. And plus, I can’t be bothered to pronounce your name’’
Angel – ‘’Fair enough. Anyways what about all of you?’’

They sat near the small lit campfire telling all of themselves their own stories. How they got here etc. Amanda was an older woman probably in her 30’s. She said she was a nurse from England. And Lloyd was a young Electrical Engineer from the US. The other three were police officer’s native to Norway. When it was all said and done. They put out the campfire and drifted off to sleep. When he woke up. He was covered in dirt weirdly. He got out of his sleeping bag. And looked around. It was empty. But the campfire and a short blood trail. He followed it with his knife out. And when he got to a stream. He saw Lloyd. Far dead. He was bit. A nice chunk right of the face. He was the one that probably saved him. As Angel got closer. He stabbed him right through the head. Putting him out of his misery. As he crouched down placing Lloyds body paroral to the river. He kneeled down and whispered.

Angel – ‘’Thank you. Lloyd.’’
After getting up. He nodded his head out of respect. And headed of.