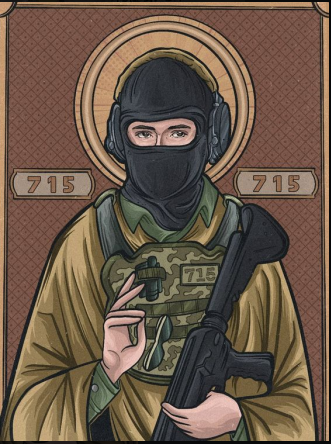 Bart SmithsBridge, was born in Bournemouth on the twenty second of June Two thousand. Growing up Johnathan loved politics and liked everything in the city to be perfect. Growing up within Bournemouth was mostly easy for Bart but his family did not like some of the hobbies he was into so they restricted what he could do. Barts parents were very restrictive to what Bart could do so he grew up to have a very very very big resentment towards authoritative figures. Barts friends had some air rifles that they shot in the woods by their houses and Bart got to be very good at shooting in his time with his friends. Bart moved to Nyeheim in 2018 and fell in with an Anarchist movement called Kebabnino Anarchistic Movement of Nyheim. He became a trusted soldier in the ranks of the organisation.