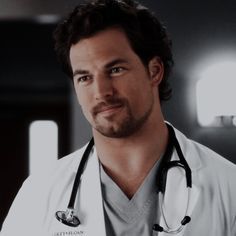 Dylan Godard was born in Toronto, Canada. He lived with his parents, his father a lawyer and his mother, a bank owner. They were quite a wealthy family, with high upstanding people in the area they lived. After Dylan finished school, he decided he would take a career in medicine. Dylan decided to study abroad in the United Kingdom, landing a place in Cambridge University. After finishing medical school, he moved back home to Toronto and took a surgical residency spot at Toronto General Hospital. Residency life for Dylan was interesting, meeting his girlfriend and many friends while studying. As well as his girlfriend, he met a very good friend of his called Debbie. The three worked together trying to pull of master research work and playing the cards right to scrub in on the best surgeries. Debbie had a passion for cock, taking an interest in Urology, however soon switched to psychiatry after a death in the family.. Tahani, Dylan’s girlfriend went into paediatrics and Godard himself went into Cardiothoracic. After residency, they all began their roots for the future, moving into different departments. Dylan was heavily focused on cardiothoracic work, spending countless hours in the skills lab to become the best. A few years after finishing his fellowship and becoming an attending cardiothoracic surgeon, Dylan decided to start a 1-year fellowship in Trauma Surgery so he could work in the ER more with traumatic patients. He began his fellowship in 2019, at the beginning of the pandemic.

After getting halfway through, they decided to fast track the speciality due to the lack of hospital staff and Dylan showing competency in knowledge. During the pandemic, Dylan offered his help working on the AVM-FLA19 ward and ICU, treating critical patients in respiratory distress. The pandemic hit the hospital, the staff and Dylan hard. Dylan working long, draining shifts losing multiple patients a day. He continued working on the ward until the end of August 2021, when the World Health Organisation asked for volunteers to enter Norway and provide outreach to people in the area. The volunteers would be doctors from around the world. Because of Dylan’s work in Cardiothoracic and working on the ward for over a year, they selected him as the leader of this team, making him a certified World Health Organisation doctor. Dr. Godard, with the help of other volunteers, were taken to the city of Nyheim to begin their work with another private company for protection. 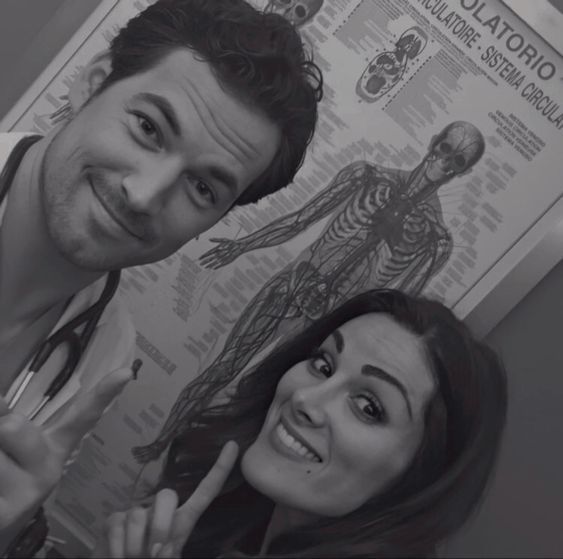 Tilda and I met when she came to Toronto General Hospital on a research idea for a paper in Sexology. We met after I listened and was interested in one of her talks. I don't know why or how, but we just clicked and decided to work together on a paper regarding natural pain relief for cardiac patients. From here, we worked together and published a paper on natural pain relief eventually getting it published for use. Many critics criticised the practice however it held through. We did have a pretty sweet thing for each other which lead to places before she went back home to Germany to carry on her brilliant work. I'd say she came over here to rock my world, but she would enjoy that too much..

Debbie and I worked together in Toronto, doing surgical residency together and becoming a very good friend. Myself, my girlfriend and her always did things together, exploring places, going on holidays. Things changed when she switched from surgery to psych, she became distant but still remained friends. She became a tv star and wrote books on her work in psychiatry and I became the big shot surgeon so we never had all the time in the world to drink after work each night. She also had... a few husbands which occupied her too. Never knew why she went for such old men but I guess the three houses and a fucking yacht explain that.