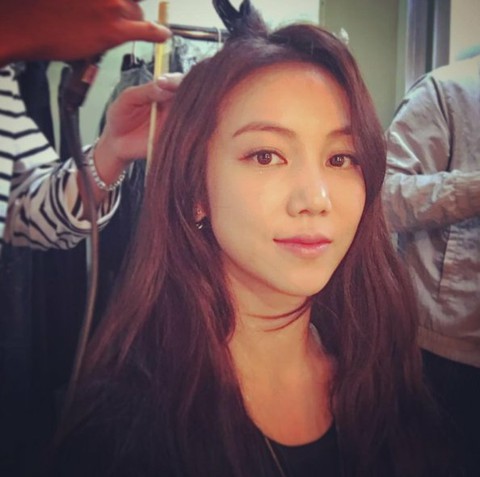 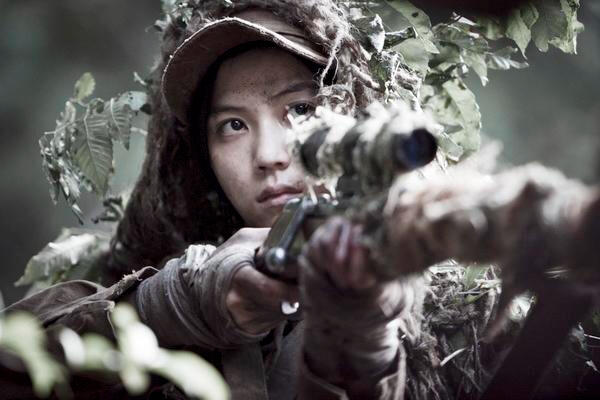 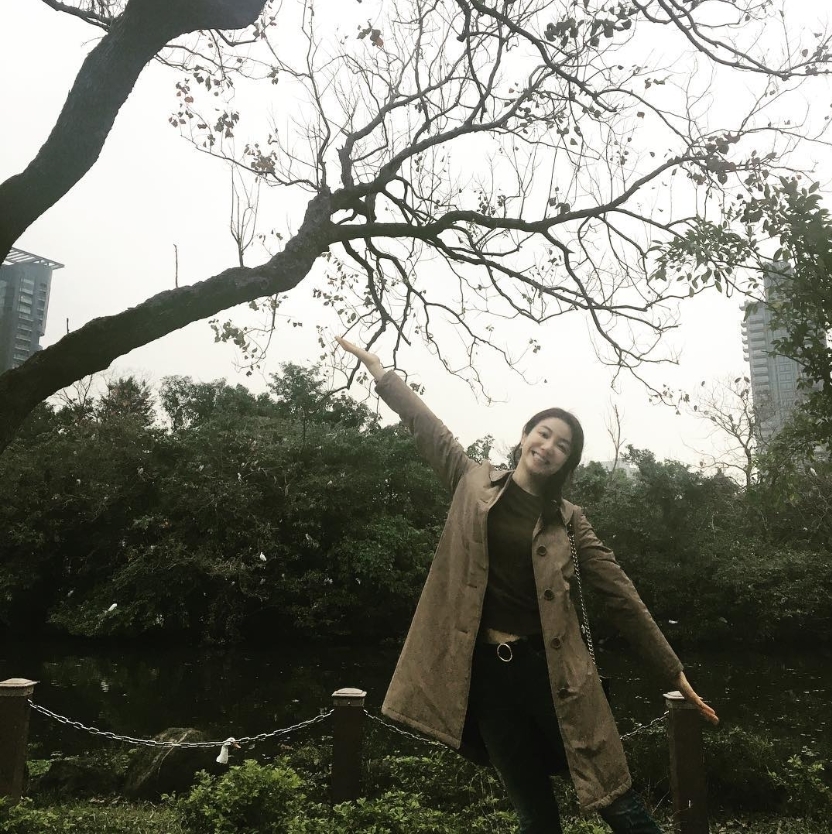 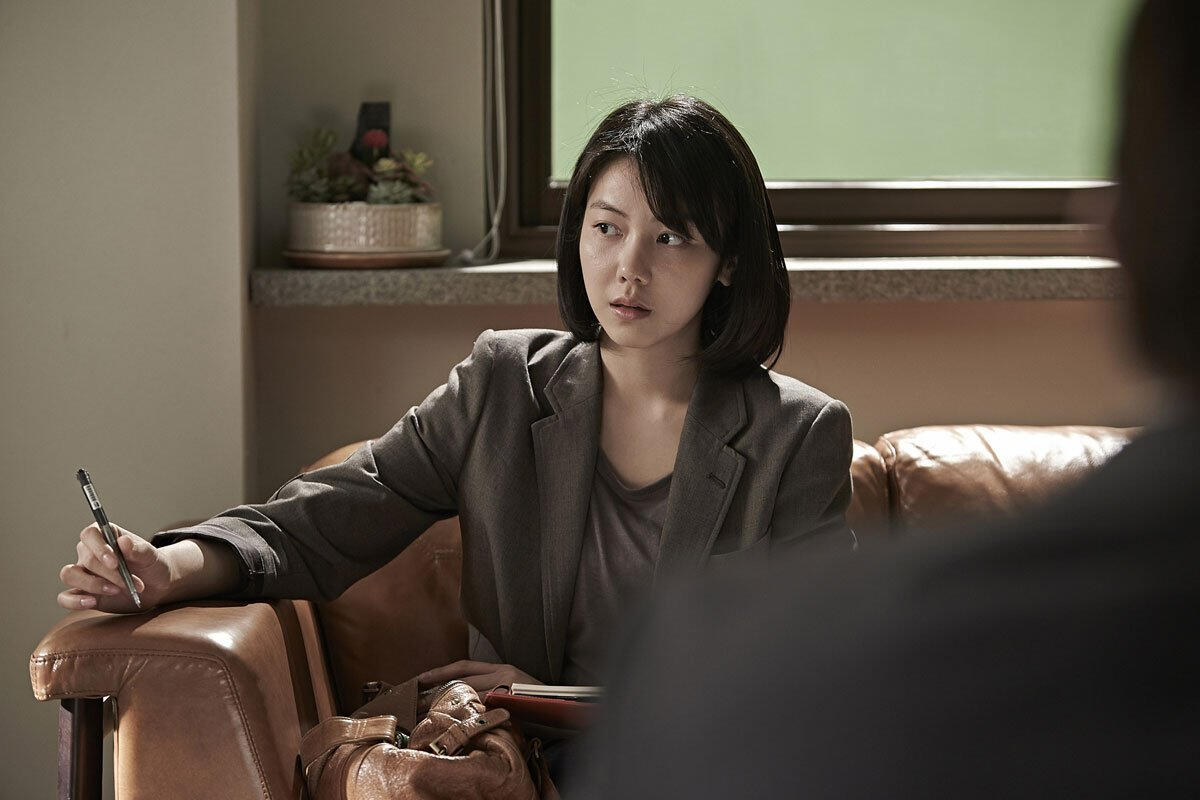 Midori at a meeting in Virginia, US.

As a half Japanese woman living in America, Midori certainly had an interesting childhood. Born of a Japanese woman and an American serving in the US Navy, she received a quiet bigotry from her childhood peers that many mix raced Japanese people experience. Yet despite the prejudice, she was afforded a privilege, as she was automatically a dual citizen and had a choice in life. At the age of ten, the happy family relocated to the United States and led a fairly quiet life in the backwoods of Maine where her father taught her a myriad of life and survival skills. They bonded closely in this; her father not one to hold and sustain sexist notions of outdoorsmanship. Before turning eighteen, Midori was faced with a choice. Due to Japanese law, Midori was forced to decide on only one citizenship. After weighing the options, she decided to renounce her Japanese citizenship; closing the door on relocating to her "old country home." Spring boarding off her families wealth, academic scores, and her fathers connections, Midori was given the privilege of attending George Washington University and receiving a degree in Political Science and a minor in Geographic Information Systems. After graduating, she returned home to plan her career. Once again, she leaned on her Father's connections, and launching a career an Open Source Collection Specialist and moving to Virginia. Two years into her career, her father regrettably had been found dead from heart failure at their family estate in Maine, devastating the youthful Midori, but destroying her mother. 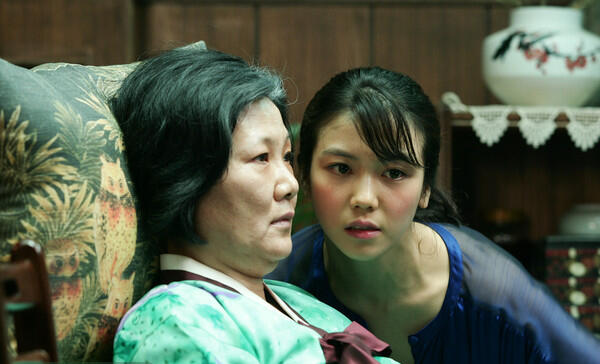 Midori comforting her mother after the death of her father.

Her mother had not been in the mental state, nor did she have the legal understanding necessary to deal with the passing of her husband and his affairs, so the bulk of the work was left to Midori. After everything was dealt and his will honored, Midori had to return to her work, leaving her mother alone to her grief. Despite the sadness of his passing, Midori was left with a sizeable inheritance, and a poor fundamental understanding of money management. Instead of using the money to work towards building a life and a family outside of her job, she spent how she felt fit; thousands of dollars spent on useless widgets, toys, and luxury that she was denied growing up by her fastidious father. 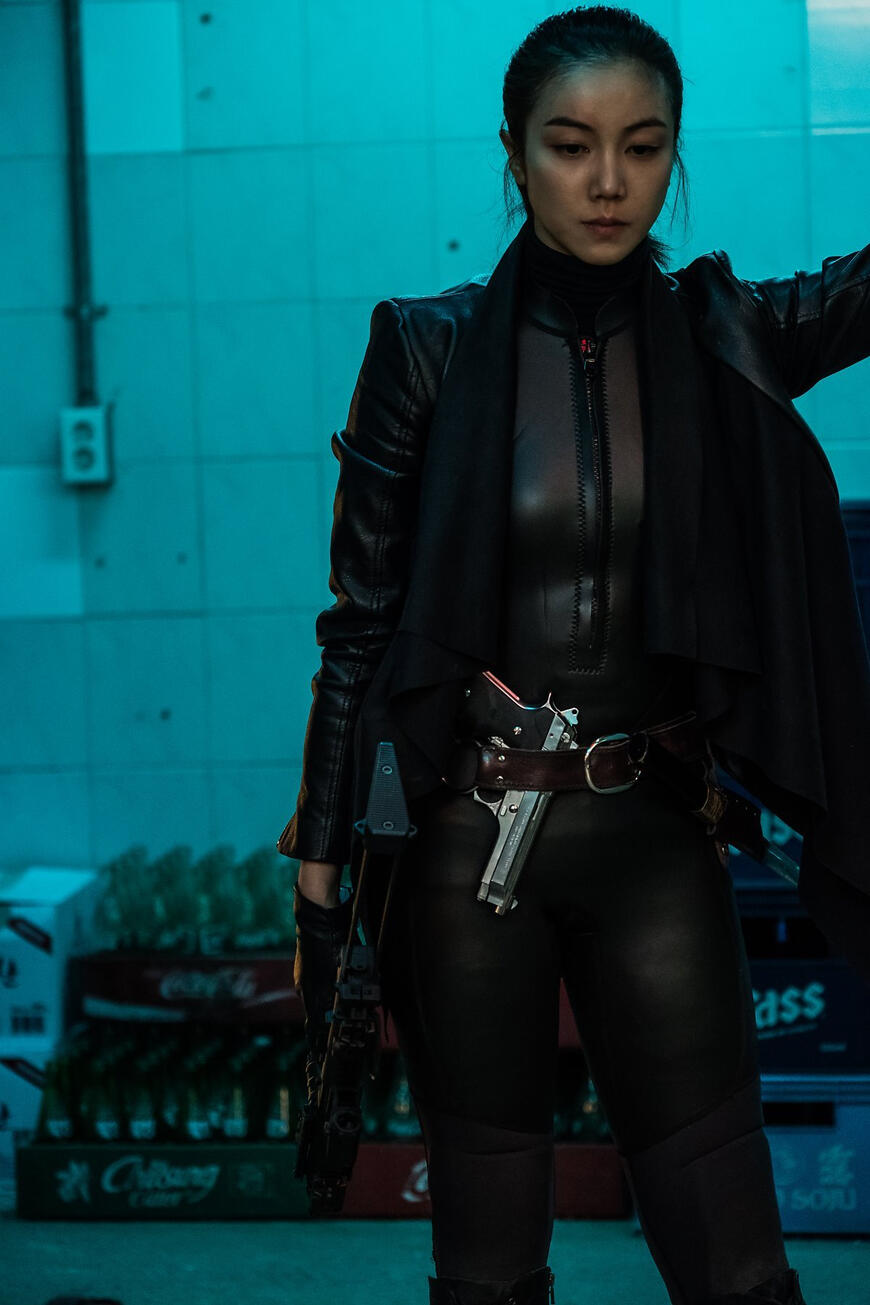 Midori showing off her new 'toys'.

Time heals all wounds, and eventually Midori was able to come to terms with the loss of her father and also gain a general idea of how to save her money, albeit with the assistance of an accountant. Life had finally started to return to normal, or at least whatever semblance of normal she ever experienced. She began to develop closer bonds with her colleagues; friendships and affection towards one person in particular, a Data Analyst and Asian American named Jae Fuller. The two of them had taken a quick liking to each other, but due to the nature of their work relationship, the two purposefully suppressed the affection they shared, at least for as long as they could, but this certainly didn't last forever. The two, secretly in a relationship with each other, found strengths in each other. These strengths would end up serving them well as the world crumbled around them; brought to its knees first by AVM-FLA-19 and later through the mass vaccination event. 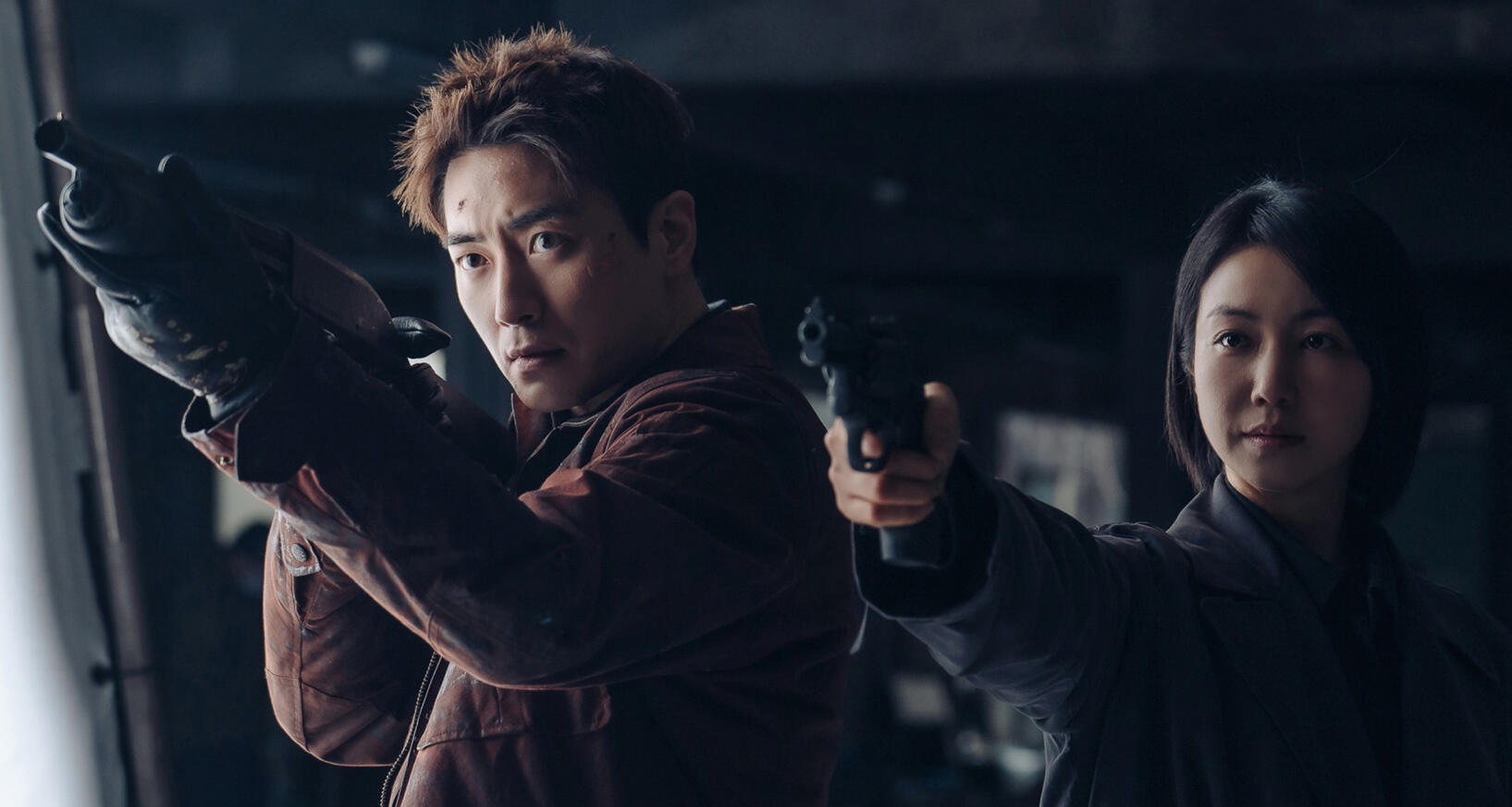 Midori and Jae during the early collapse of society.

Given her job, Jae and Midori were uniquely aware of the impending threat while the rest of the populace were caught napping. Yet as they first saw the progress of AVM-FLA-19, they didn't quite expect just how bad the country would react once it was publicly aware. With their foreknowledge of just how bad the pandemic could possibly become, Jae and Midori quickly gathered their resources and prepared for the very real possibility that the two of them would have to abandon their work and flee to Maine at some point. Given the US wasn't on a broad lockdown, fears that the pandemic was worsen because of this hastened their decision making. it wasn't going to be easy to leave when the time came. When it became clear that the US government had effective given up trying to deal with the pandemic and restrictions were starting to be lifted, she and Jae knew their time was coming short. Food, weapons, stored gasoline were all prepared ahead of time.  The mass vaccination event was their canary in the coal mine moment.  Abandoning their post, Midori and Jae gathered everything and fled. 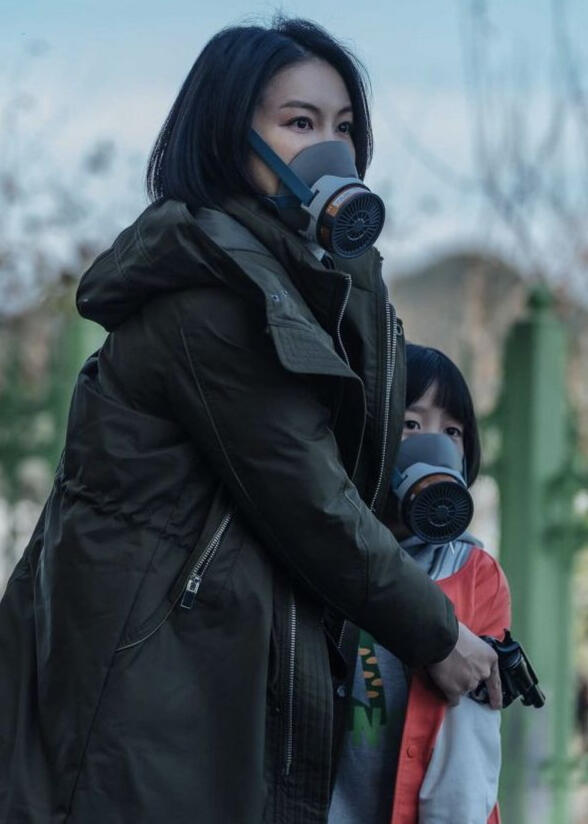 Midori protecting a child as they were fleeing north bound.

What happened next? Find out IC.

Note for LM | After going through the redacted stuff above, she repaired an abandoned 50 foot boat and put out into the Atlantic, land hopping across by heading north to Greenland and then to Iceland, before crossing over to Norway. The intent was to sail to Japan to be with family, if they survived. Please no murder me OwO 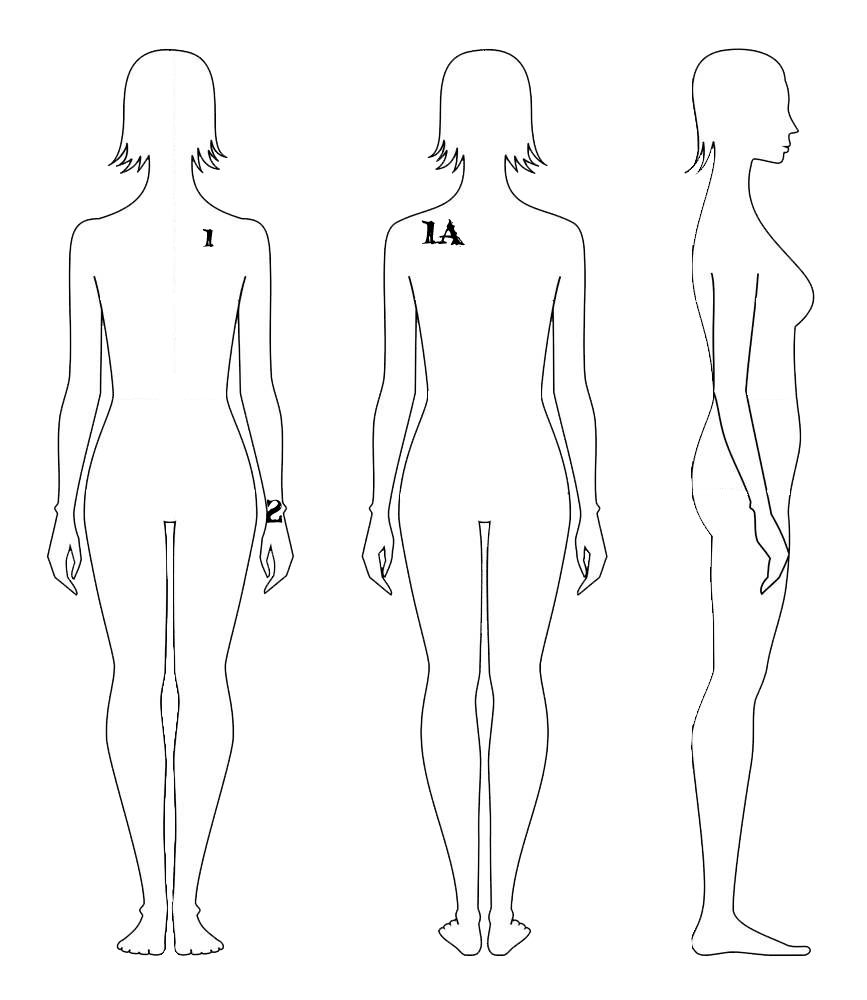