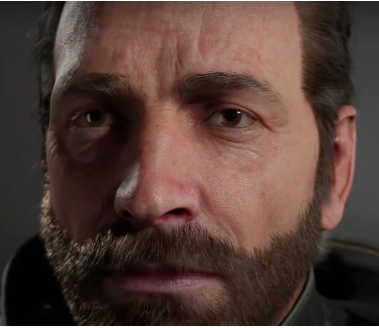 Andreas Jefferson had an ideal childhood a happy life in the suburbs of Arlington Texas he grew up Christian and loved his country. At the age of 19 he enlisted in the USMC after 4 years in the USMC he had been promoted to Corporal and had been selected for MARSOC. His first assignment in MARSOC was to aid in the defense of Chernarus. However shortly after he had arrived in Chernarus the outbreak started. He was informed the battalion was evacuating heading back to the states the Evac point was 2 Miles west of Cherno. John never made it he and his squad were trapped in Chernarus after being separated from the rest of their battalion in Cherno. Over the course of the next few months every one of his squad mates died. Confused and alone Issac Johnson survived until civilization started returning to
Chernarus small towns of survivors cropped up across the land one being the Vybor settlement. Founded by American survivors with the ideas of bringing liberty and justice to Chernarus Vybor was the ideal community for Andreas he later joined their organization called the Patriots where he worked as a spy and a guard for a little over a year. A war would break out between the Patriots and a sinister group called the Dark Brotherhood Andreas was one of the first hurt in this war. After scouting in Berezino he was returning to Vybor when he received two radio signals one from a civilian he had questioned in Berezino the other from his right hand man and second in command Georgia the civilian told
Andreas he had information in the Dark Brotherhood and he wanted to meet in Gorka to tell Andreas , Andreas knowing this was likely a trap continued on the road to Vybor shortly after he received the radio from Georgia that would lead to him almost dying “Andreas I’m going to Gorka to meet a friend could you meet me there”Andreas said yes and went to Gorka Georgia however never showed up Andreas after trying to talk his way out of it without giving up intel.
he ended up being shot on the roof of the police station by the Dark Brotherhood luckily for him they missed his vital organs over the next few days he struggled to survive eventually being found by one of his old friends named Leo they worked together to aid the Patriots from the shadows relaying information to personnel on the inside. Unfortunately it was not enough Andreas later found out that both the founder of The Patriots, Clark and the rest of the council had been killed. Andreas tried to continue helping Chernarus but a second war killed the majority of the survivors with the destruction of civilization in a Chernarus Leo left for Livonia, Issac however left and took a ship to Norway with dreams of restarting The Patriots.
×
×