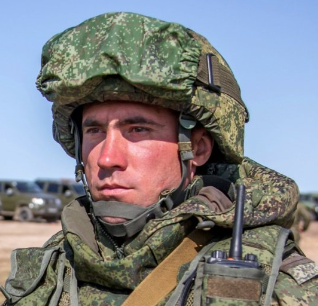 1996, Čisce family home. Rylios is born to a decent family. His Father Golxan and Mother Klišea were both farmers. They owned a farm each with workers and all so Rylios had a decent life all around. By the time he could walk and talk he was put into a Russian school, learning the language of which most he has forgotten in place of taking English on more in his later years along with the hate he harbors towards the Russians. However by the time he was 12 a revolt had of both his ethnic groups had started against the Russians, lasting a year. He was 13 when it stopped since the Rebel forces had Russian instigated infighting involved. His Mother was killed by a stray Russian bomb, his Father took his own life after and he went to live with his Grandfather. He never forgave the Russians and blamed them, so hearing fighting a kilometer from behind his Grandfather's house, he went towards it. This 19 year old caught glimpses of men leaving and convoy in flames and followed them back to their base.. he enlisted the next day there and started joining these men. He knew only the code names as all of that which was traceable was kept locked down. The leader of these attacks had to flee when he was 24 so using the fact he was Russian military personnel, took a seat at a terminal and found where they had tracked him to and followed, out of 3 options of the last place he went. Rylios chose Norway going mainly by boat to each country. He got off a few days before travel in and out of the country was made unavailable and proceeded to wander north. He had fought off a few of the infected, they don't impede him too much as he had to retake the CQB training due to failing in previous attempts.... may he find his commander