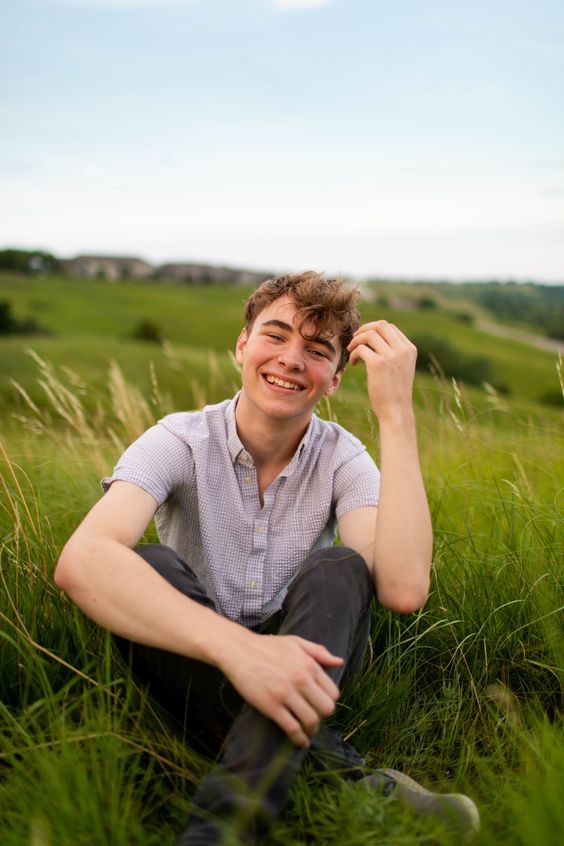 Set in the backdrop of the plentiful fields and plains of Bland, Virginia, a couple lived a life in solitude. This isolation from society had its "reasons", however. The ultimate goal was for preparation, preparation for the supposed end of mankind. The husband of the couple is the main person to attribute this unconditional belief. He, a survivalist, feared that government and governmental institutions would result in the untimely demise of mankind. The man's irrational fears of the apocalypse spread unto his wife, who had to bear the weight of his decisions lest she be labeled by the figurehead of the family as unfaithful, unholy, or worse, a sinner. The woman, manipulated into hearing truth rather than falsehoods, packed up her things and left for the remote town in Virginia, accompanied by her spouse. Not long after settling within the town, the couple bore a son, his name, Lewis.

Lewis was indoctrinated into the survivalist way of life at a young age, learning skills that would prepare him for the supposed end of times. Despite being knowledgeable in survival, Lewis was never properly educated. Instead, Lewis's father chose to keep him out of the education system, out of fear of the government's unholy teachings corrupting Lewis. The education Lewis grew up on was instead the Book of Mormon and numerous other biblical teachings. That's not to say Lewis was completely uneducated, however, religion and spirituality took the forefront of his education.

Often, Lewis would be subject to the fanatical teachings of his father. Any doubt within his mind would be swiftly cast away by beatings and further religious teachings. Lewis showed no resentment for his father, however, Lewis believed himself to be wronging his father on all accounts. As Lewis grew older, he found his father's beatings to occur more frequently; each passing day being a constant gamble as to if he would somehow anger his father.

The patriarch of the family grew further suspicious of the American government's encroachment on his way of life; an action he deemed as a direct attack against his family's well-being. The town's growing population only caused the father's manic claims to echo louder within his head. The father's solution was to escape to another land, one far from America and far from the peeping eyes of the government; the male's eyes, deadset on a remote region of Norway known as Nyheim.

Inevitably, Lewis and his mother were dragged along into the new country, as the figurehead of the family willed it. The dense forests, open fields, and low population density of the country showed it to be an ideal location for the survivalist way of life. The country's land was able to be cultivated, and the natural flora could be used for herbal remedies to aid ailments. In Lewis's father's eyes, it truly was a dream come true.

The father's baseless claims and beliefs eventually came true by some miracle, or rather a nightmare. Chaos overtook Nyheim, its citizens infected en masse as a mysterious pathogen spread. Cities and civilian centers were the first to fall, but Lewis's family was prepared for such an apocalyptic event. Their prior deranged preparations and survival knowledge greatly eased them into a new way of life; life after the end times. The isolationist and survivalist teachings allowed the family to be self-sufficient for quite some time into the apocalypse, but soon a poor harvest would end that streak of living. Lewis's father, devoid of other options, left for the numerous villages and cities that peppered Nyheim, all in search of provisions to secure his family's wellness.

In the absence of his father, Lewis was responsible for the rationing of remaining supplies and tending to daily activities. During the Winter of his father's leaving, Lewis's mother would fall ill with influenza. Lacking the necessary modern medicine, Lewis would desperately attempt at quelling his mother's sickness- with a variety of oils and herbal remedies. Unfortunately, the herbal remedies wouldn't aid his mother, and she would soon succumb to her illness.

Lewis, alone in the family's isolated cabin, would pack a worn bag with the last of the necessities the cabin held. The bag, an old and tattered burlap sack would drape over the boy's shoulders, bouncing with each step as ventured into the great unknown. Tears flooded Lewis’s eyes, his mind couldn’t fathom the tragedy and so he ran, far, far away from that cabin, never looking back.