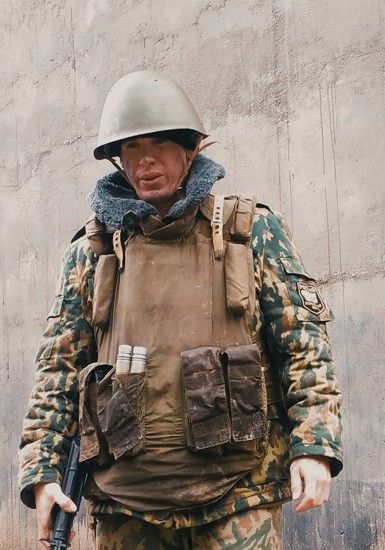 In 1995, Grozny, Dačko Režoče (Correct Spelling) was born. living most of his life doing work and learning from his father Snoly, he had a few friends and those were all he needed. His childhood didn’t have much of note in it besides his father going in 1998 to the Dagestan territories to join a group of rebels revolting against post USSR Russia along with the Chechens leaving Dačko with his mother and a promise to return one way or another. This never happened as he was killed in a Russian airstrike with the group in-between Chagarotar and Siukh. His father never did come home. In spite of the most likely happening of meeting the same fate Dačko started watching Russian soldiers training until he was 10, doing it by himself until he was 12 where while using the woods as a training course discovered Chechens and a handful of Livarusians were training and making plans. He abandoned home and watched them train, eventually managing to sneak into their ranks with the drive to avenge his father. 2008 was when the Livarusian-Chechen Revolt occurred and he fought in it as a 13 year old. Despite the lack of morals in it the Rebels said screw it if the “man” wants to fight, let him fight. He became that group’s mascot in a way. Once the fighting was over, with a Russian win via a civil war within the Revolt leading to a collaboration government under Russia, He joined the regional forces with what was left of the group he fought with though reluctantly. The training he got was something he saw as good however, and throughout the years until he was 25, lead small insurgent like attacks against Russian military personnel and locations around his homeland which he never got caught doing by pure luck and the tactics used leaving the victims confused on where they were attacked from if he chose to shoot at them and not use explosives.

However, like most things like this, he was tied to it by a Russian agent put in his base that joined him. So he fled, first to Spain, then France, Portugal, and finally to Norway. Once there he traveled on foot to Nyheim on foot all in a year. 26 when the outbreak had happened. With no way out he plans to just survive.