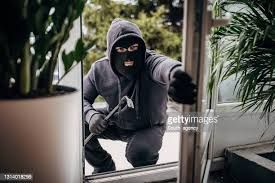 “People call me a rogue, like it’s a bad thing,” the blond said, his long locks falling over his cheek as he laid back in the tree. “But honestly, I just like to learn things.
“I was climbing trees as soon as I learned to walk. I discovered how to leverage a knife to open the cookie jar when I was two years old. By the time I was four, I had learned the basics of commerce: if I have a cookie and you want it, we can trade and the terms of that trade are as fair as we’re both willing to be.
“At eight, I had learned to read, do math, and invented my own device for plucking bones out of a chicken, because nothing is worse than chomping down on bone.
“By ten, I was working in my dad’s shop, selling various antiques and creations and figuring them out in my spare time, which I had a lot of. I’m kind of proud that I made my own set of lockpicks around then, and not long after that, was working on devising locks and traps that could keep me out, because it was pretty well accepted between me and the local sheriff, anyway, that I was “most likely to break in anywhere.” I do want to say, though, it was all experimental. I was never a burglar. It’s just that locks would be open and people fingered me.
“Things started to go south, though, when my dad died unexpectedly. Mom sold the shop to some crook that got it for a song and we had to move someplace she could find work as a tailor. Well, no one needs tailor more than a dress shop does, so off we went, and as she worked long hours and I was the new kid, it wasn’t long before all the pages blamed me for their escapades, and given my reputation, the authorities were always eager to punish me. Funny that those pages were their kids, isn’t it? The little angels, my arse!
“Well, when I turned 17, I’d had enough, and putting my engineering skills to the test, I devised a way where those rascals would get good and caught the next time they were stealing potatoes from the cafe. How was I supposed to know that the cook was having an affair with the Sheriff? But there it was, both of them blasted with red-colored flour all over their faces—except where their faces were touching—and all over their clothes—except where they weren’t touching.
“Yeah, nobody was happy with how that turned out. The cook got tossed out. The sheriff got a serious scolding from his wife, and then turned around and threw me out, too.
“So here’s me now, roaming the countryside, looking for whatever looks interesting, whoever looks interesting, trying to make my way in the world with nought but a few tools in my rucksack and a keen mind and nimble fingers.”