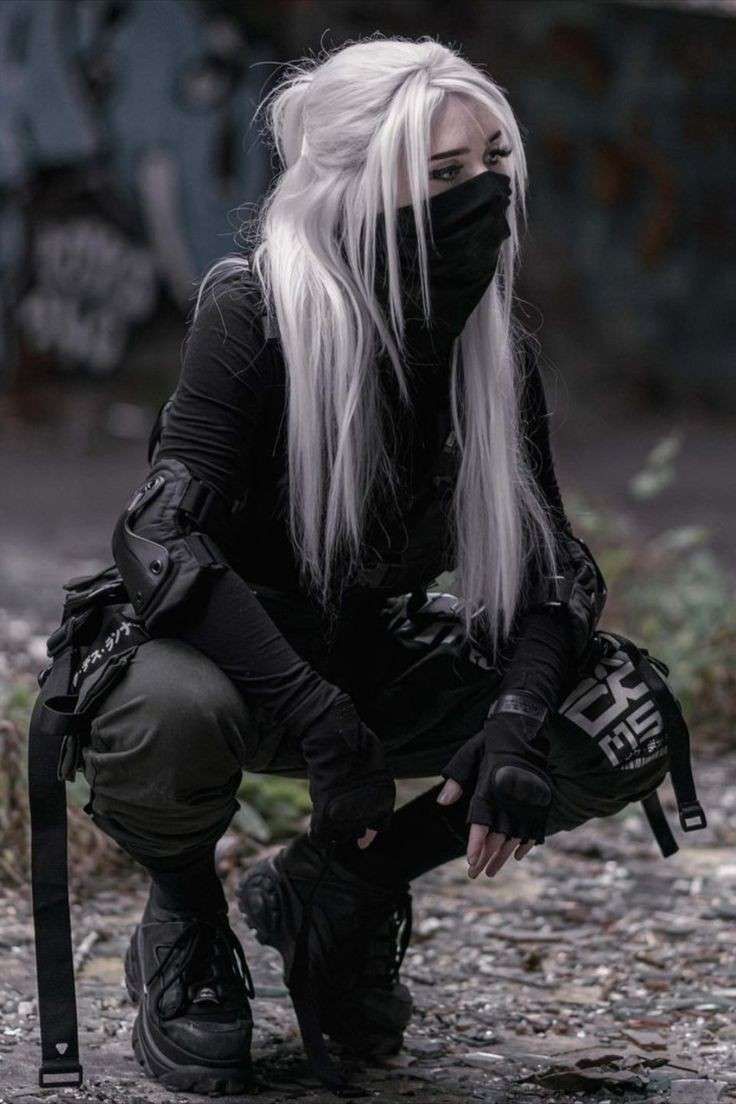 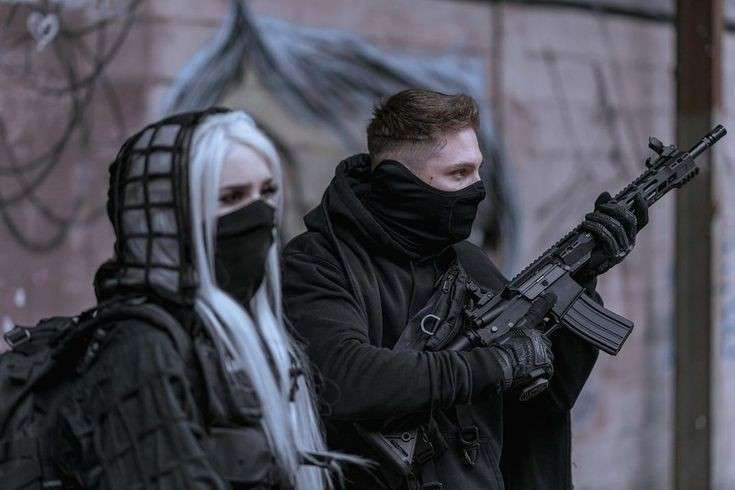 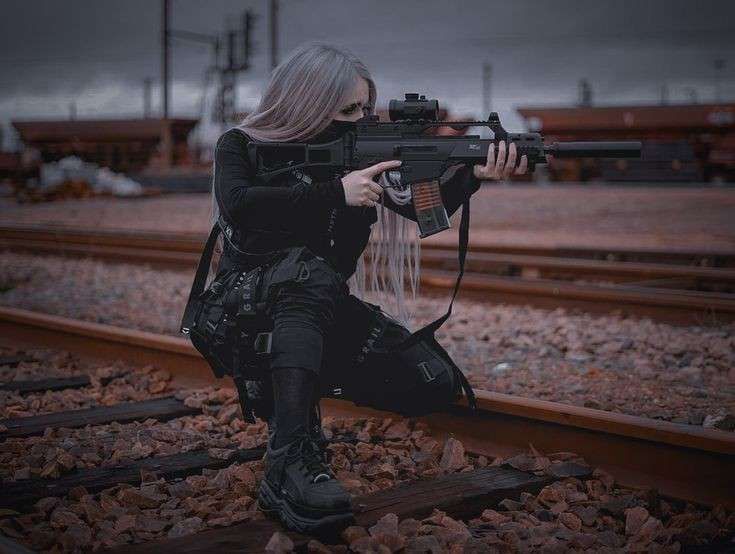 Early Life
Everything was perfect, everything had gone to plan, Until she came along…
As the snow fell heavily outside of her home in Oslo, Sylvia squirmed in her mothers arms. Today, January 1, 1995 marked the day Sylvia was born. Her mother worried that something was wrong with her daughter, Sylvia was born with silver hair and green eyes, no one in her family or her fathers had silver hair or green eyes. Her mother would brush this worry aside and go on about her day.

A few years later…
Sylvia would look at her father, he looked worried. Her mother had been rushed to the hospital for an emergency delivery. Moments later a doctor would come talk to them saying the baby was a boy and had survived by miracle but they had lost Sylvia’s mother. Tears ran down her face as her father screamed out in pain, how could this happen…

Years later
Everything was hard without her mother, Sylvia and her brother had been raised by their father for years now. Her father had it hard enough with working two jobs, trying to raise a daughter and a son as well, especially alone, seemed like suffering to him. When Sylvia finally started attending public school she was more than thrilled, but that would change that same day. She would constantly be harassed, bullied and beaten for the next 4 years.

February 20, 2013
¨WHERE THE FUCK DID THAT BITCH GO!?¨
Run, keep running. She felt as though she had been running her whole life, this was it, she would die today, right here and now. Reaching a dead end in the school's long halls she would stop, the sound of heavy steps behind her.
¨I'm sick of playing cat and mouse with you Sylvia.. Now why did you have to cut me like that, bitch!¨
She would turn to face this monster and his ´friends´, blood pouring down his face. The guy she thought loved her had tried to do so many horrible things to her. Threatening to kill her if she ever left him. Everyone always told her she had natural beauty, she despised it, this has been her entire life for years. As they got closer to her, she noticed one of them had a knife. Afraid and alone only memories of the past 4 years ran through her mind on loop, Fuck it. She would lunge forward and knock the guy on his ass. Her fist would hit him hard and he would collapse. She would grab the other guy's arm, twisting it and taking the knife. The other two would run off abandoning their little ring leader. Gripping the knife tight in her hand, she would look down on him. He would begin to cry, pleading for her to stop, apologizing over and over again.
¨Your words mean nothing to me… People like you don't deserve the luxury of life, only the strong survive¨
With one swift movement she would slit his throat, blood splattering on her face and clothes. For once in her life she felt peaceful, calm. Her ears would begin ringing as someone grabbed her from behind the next thing she knew she was in front of a judge, charged with murder and sentenced to 10 years in prison. All that she could think about everyday after would be the horror on her father’s face and her brother's cries for his sister.


After all this time
October 28, 2020
There was talking floating around the compound. Supposedly the government was releasing specially picked inmates, Sylvia didn't believe this, it was just another rumor and pipe dream these poor souls believed.
¨Well, ‘Yuki’ you´re a lucky girl. Warden has decided you´ve done your time. You are home free, lets go¨
It was true then, she couldn't believe it… She quickly stood up and followed the guard. She changed out of her uniform and walked outside. After 7 years, she would finally see her brother again. He was a kind kid, he was her world. She promised she would be there for him now. When she arrived home she found the place empty. Asking around she found that her father had taken her brother and moved away. She was pissed but what could she do, she killed someone, she humiliated her family. With no one beside her and nowhere to go, she would go get a job. 25 years, all her life everything was miserable. 25 years old and she found herself working in a bar. Within the past month she made a shit ton of money, got a flower band tattoo on her right forearm, pierced her ears and her right eyebrow. She always kept to herself, never made an attempt to make friends or get a partner.

Death herself is here
A year had passed, 2021 was here and it was fucked. People all over the world had begun falling ill. Silvia had just returned home from a trip to Japan. Everything was in shambles, her world crumbled beneath her. As she was leaving the airport she saw people attacking each other, People in black suits killing anyone, what the hell was this? She would lock herself in her apartment while she grabbed a bag, filling it with anything dangerous, food, water, and a map. She would unlock her phone, looking at a picture of her and her brother.
¨I´ll find you, I promise¨
Grabbing her guns and her bat she would go out the door, leaving Oslo. The place she called home was being gunned down and blown to shit.

After some time she joined a group called the Living Dead. They were ruthless, brutal, pure evil. While out raiding a camp with the group she stood in the back, rage burning through her veins. The leader, he called himself King, walked out of a building dragging a child. He was about to kill this kid when something inside Sylvia snapped.
B A N G
The shot rang for miles. Watching his body fall to the ground she felt nothing, her heart was cold. Grabbing the kid in her arms she dashed to avoid the on coming bullets. She noticed off the bat she was being followed. Grabbing her knife she turned to face the pursuer. Her teammate, her friend, Dimitri.
¨Sylvia, it's okay. I´m on your side, if you hadn't beat me to it I would have killed him myself. Who in their right mind kills a kid¨

New beginnings
October ??, 2022?
So much time had passed, Sylvia sat on top of a cargo train, staring at her surroundings. Jumping down she would follow the tracks for hours. Finally she would come to a sign.
¨Nyheim… what's your story, another disappointment I suppose.¨
Taking a drink of water she would continue walking. Maybe finally she would find some people she could trust and protect.
“My sweet brother, my comrade Dimitri… I will find you both and I will kill anyone who gets in the way”