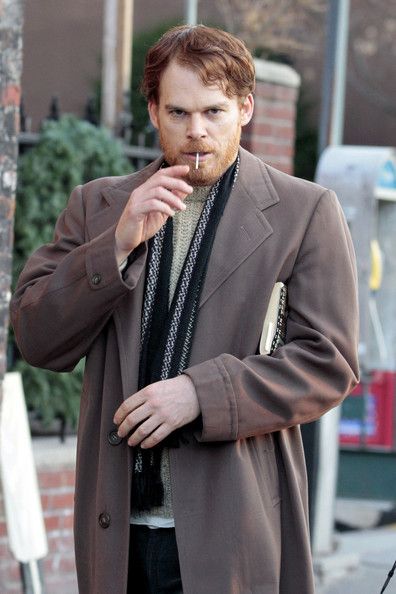 Raised hunting wildlife in the bushlands of Western Australia with his father Alexander, Tobias learned to handle a gun and butcher efficiently. Joining the 39th Battalion of the Australian army at age 18 he spent 4 years trying hard to keep a smile on his face, and the faces of those he served with he was dubbed by his squad mates.. "Joker" cracking terrible one liners and stories even under fire to ease tension that seemed almost alarmingly absent to his squad mates. And due to his efforts eventually became one of the youngest scouted for a secret guerilla forces unit headed by NATO at age 22.

Performing missions undercover took him to many countries for 10 years, the nature of which almost always had him behind a mask. The masks were custom made by the members themselves, used primarily when the unit had to perform open actions, such as urban cqc, or ambushing, where they couldn't guarentee that there'd be no witnesses. So as to remain harder to track, the members would use codenames, and Tobias would once more go by the name "Joker".

Tobias' groups usually consisted of only 5-7 people, usually 1 or 2 familiar faces and the rest being from stations useful to the next mission. before his last mission in the north west of Russia saw him commanding 30 men. A single decision was all it took, a single mistake. A single misspoken sentence, revealed the existence of their cell. A single night, was all it took for all 30 men to be slaughtered by their discoverers. Tobias survived only due to the mercy, or perhaps cruelty of the counter intelligence agent Vahn Antiniyom, who orchestrated the whole thing. Being left bound and gagged surrounded by the corpses of his comrades, his friends, and the men and women whose duty was his to protect.

After making a hasty and dangerous retreat to Norway to reach his NATO handler, Tobias was dishonourably discharged and sentenced for treason for his failures in service to his subordinates, his punishment.. Exile from all lands he had ever known or called home. 2 years later, Tobias had settled in as a resident of a small town in the north east of Norway, making a modest wage as a butcher.

Those 2 years were not kind to Tobias. Wracked with guilt of the events, plagued with never ending nightmares and daydreams of the mutilated bodies of his companions, he only became more and more reserved and bottled up as time passed. Unable to break away entirely from his old life, he sought out small time work on the side as a mercenary. Staying mainly to under the counter deliveries and small time musclings, he once adopted his old moniker.. "Joker"

His skills with a cleaver, honing sharper as time passed began to.. almost whisper.. to Tobias. The inescapable images of his past had over time become.. almost poetic. It had been his job to kill those he were told for years, even the animals as a young adult. Was this not simply fate, pushing back against his actions? Was it not simply.. his turn to push back? After all if the world no longer considered him useful.. then why did he need anyone who wasn't useful to him?

As if a sign from a higher power, the very month these thoughts began to coalesce. The first cases of AVM-FLA-19 made the news.


As the infection began to spread and citizens were forced into lockdowns, Tobias' suddenly found himself very busy. Basic goods and services once common now required someone of his skills to arrange and his moniker was passed around quickly. A couple loose contacts in his local law enforcement saw him able to access vastly more than most, making deliveries, making sure people kept their payments up began to engulf his day to day. One such payment enforcee was a Mr. Jael Kuniper. Jael was a cocaine addict and a gambler, and as such had many debts. One day a local loan shark Yeville Hasaal, had had enough of Jaels inability to respect the men he'd made such pledges to, and asked Tobias to send him a message he'd never forget.

Tobias began to stalk Jael with his uncommon freedom, learning his patterns and lifestyle. The man was completely full of openings. Hobbling down the street in the dark to see a local dealer, making dodgy trades with the men delivering aide, rarely even locking his doors. Tobias simply nabbed the man off the street in the dark one night, brought him back to his home. Driving a small refridgated truck, as a butcher delivering "honest" good was almost too easy a guise when you knew the law enforcement who would question it.

Under Tobias' home, in a small 2x4m room built under his kitchen, Jael was bound to a cold metal table. As Tobias waited for Jael to awaken, so as to scare him with a mask depicting a chelsea smile he'd made in the week prior, he couldn't help but start making comparisons in his head.
"How is this any different than his day job"
"How did this man differ from say cattle or pork"
"Who would even miss him"
"What.. would he.. taste like"

Jael never woke up on the cold table under the kitchen.

Yeville was clearly upset with Tobias' work, as a dead debtor could *never* repay. And begun to pressure Tobias any and every way he could insisting that he now cover Jaels debt. Over the next 12 months, 6 people sent by Yeville would begin to vanish one by one. And messages would arrived in blood, pictures of butchered "meat", works of "art" decorating his home and workplaces. Realising the beast he had begun to poke, Yeville instead turned his efforts to bringing anyone not on Tobias side in the law enforcement to work against him. After 11 months Yeville's men on the inside had finally gathered enough evidence to arrest Tobias.

Tobias was spending his 1st week in a cell at the local police station, when the misting vans passed through town. His trial put off longer and longer with the infection spreading worldwide and more and more evidence being found against him. Even his contacts on the inside grew to despise him when they began learning of the deeds he was committing with their generous leniency. Awaiting judgement within the barred walls of his cell, he was tortured by the now uninterruptable whisperings his handiwork with a cleaver had bestowed upon him.

Even from within the mostly soundproofed walls of the cells, Tobias could feel the panic. The police station was busier than ever, yet no one else was being brought into the cells. Tobias could only wait as the days passed. It was made even stranger when an officer came into the cells and instead of giving him his daily meal, had him stand against the opposite wall as he placed a box in his cell. After the officer had left Tobias opened it to discover a few bottles of water, some fruit and other canned foods even a can opener. Clearly they were planning on leaving him for a while. Clearly something was up.

1 day.. 2 days.. 5 days.. 2 weeks passed. The Panic only intensified. Gunshots could be heard frequently through the walls, for minutes at a time seemingly all hours of the day. The soft rumbling of the ground as large heavy vehicles moved nearby. Tobias was alarmed as Frahn Mcsire, an officer in his mid twenties, the ever optimist of his generation and once accomplice to Tobias' avoidance of lockdown, barged into the cells in a panic, covered in bloody hand prints and spatterings. He hurriedly released Tobias, even arming him, as he begged for him to come with him.. claiming that somehow Tobias were the lesser evil currently being unleashed on the streets.

Tobias, Frahn and 2 others escaped from the city. Tobias could barely believe the stories he was being told as they drove, were it not for the bodies and carnage litering the streets, perhaps he wouldn't have believed them at all. They were headed for Nyheim. Barely 2 days drive away, one of the last bastions offering to take in survivors and making calls over the radio. Damaged by the various bodies and barricades they had to drive through or over, the car didn't make the journey. Almost halfway the 4 men would proceed on foot with the supplies they had gathered beforehand, 2 small tents, another small assortment of food and water. So long as their destination was only a day or twos walk, it would suffice.

The first night after travelling on foot. They settled in to make camp, taking turns keeping watch. The men still didn't trust Tobias, so he was exempt from watch. Tobias awoke as first light barely crested the horizon, his tent was set in the middle of their camp, so as to keep him surrounded and watched. To the officers misfortune, this had formed a 3 way wall, that protected Tobias from the infected that had approached in the dark of the night. all 3 men lay dead around the camp. All 3 men, were being consumed by the 3 infected that had seemingly caught the officers unawares. Tobias took up a large hunting knife and killed the 3 infected, so happily distracted by their meals. From the bodies it had happened several hours ago.

Tobias packed up what supplies were left, and set off in the only direction he really had left.. Nyheim.