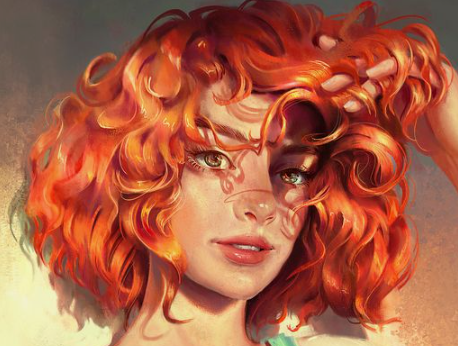 Pip has a fairly interesting family history.
Way back when hundreds of years ago her bloodline had the call to adventure, ringing in their hearts for centuries!
Originally from Ireland, Pips bloodline could be mapped through famous wars and other events of the kind, but those were not the stories passed from parent to child.
No, it was the tales found out on the open sea, the mysteries of deep caves, the bonds and comradery of brothers and sisters made upon the open road. Generations of Red headed wackos going where they pleased, when they pleased, answering to no one and living on their own terms. Fantastic, right?
Even to this day the adventuring spirit burns wildly, as a young girl by the name of Piper, sat bouncing her leg anxious in class, waiting for the sweat release to freedom that came with a melodic chime.
Her parents travelled from England to Australia after they married, her father being half Scott, half Irish, her mother being that of the old bloodline of which was mixed with many different ethnicities, to many to count, they settled after a long time of wandering and raised a family.....of seven children! Pip being number Five!
Pip constantly got up to no good, she had such an active imagination and curious mind that she just loved to indulge, sometimes things turned out well, sometimes they didnt, one particular occasion being that she was trying an experiment in the science rooms unattended and clear burnt off half her hair and gave herself 3rd degree burns on her ear! Even though she spent a while in the hospital her love of tinkering and experimentation never soured. A raging fire of curiosity burned beneath her flesh.
Eventually she dropped out of school early, it was just far to boring, she was great at everything they had to teach and finished everything early, besides they never taught anything interesting at all, so why stay for so many more years?
Of course her parents disapproved like most parents would but Pip made her case and they couldnt deny that she was rather bright, and she would be able to find her way eventually. Free of the boring and drab ties that bound her to such a narrow life she spread her wings and began to hitchhike, backpack, travel around from place to place. Picking up random work here and there. Traveling Circus, apple pickers, day jobs, things like that. Eventually she ended up in Nyheim, at the age of 17, she decided she wanted to study medicine for some time, though of course being underaged there was a bit of an issue.
Fortunately she was a sister of many, and she had an older sister who was a bloody whizz in school, great grades and looked similar, and Pip was a bit of a internet rebel. With some secret help from her sister she got into her studies began to study medicine. Though it didnt last. Eventually they found out, it had been a year and she had a fair knowledge of things, but of course she was arrested and things began to look a little bleak. Though while she waited for her court date, things began to get a little crazy with the outsight world. She didnt exactly know what was happening as she was in holding for a fair amount of time, and then released to wait at home under house arrest.
She spent her time trying to figure out a good defence or way to escape by the time she even realised or cared what had been happening outside in the world it was a little bit to late, there was absolute chaos! Terrified Pip raced through the city, taking back ways and such, leaping fences, and found what looked to be a bunker or storm shelter in some ones back yard. Taking no time to think of other options she dived through the doors and locked them.
She was of course going to open it for who ever owned it, but there was no knock, no nothing, there was just silence!
And so Pip spent the first how ever long, since she had no idea how long she was down there, in a dirty little hole in the ground, until one day....she emerges.