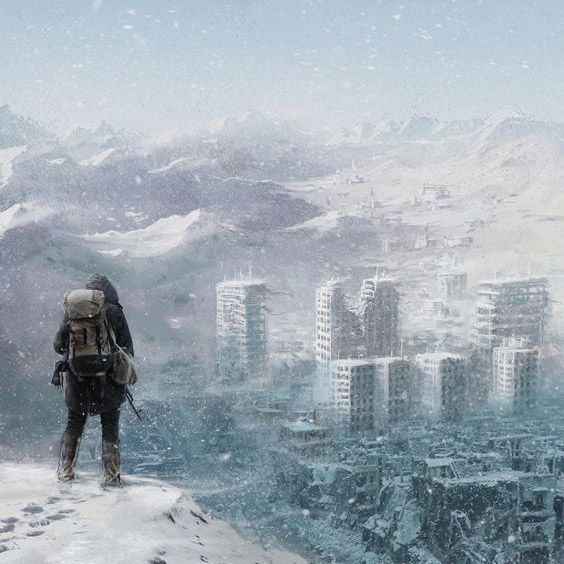 Max was born in Szczecin in Poland. He was rised by mother and his uncle. Father was sailing - never spent much time in home.
During his youth they were traveling a lot with uncle. From him he learned everything about mountains and adopted uncle's admiration for wild nature. Had relatively good childhood, got decent education, and became journalist. His off-time was mainly climbing and outdoor activities. In a club, with friends or hiking solo.
When epidemic hit Europe, he was already running an ongoing investigation with his co-workers, about AVM-FLA mutations and it's symptoms. Everbody run out of time fast. Watching dawnfall of society hit hard. Max've got at least some understanding about scale of the crisis due to contact with other journalists and agencies to the very end when world went dark in terms of internet and communication. In those last weeks goverment and special services put organized effort to shut any publications about real scale of pandemic.
He started to run and hide a day before outbreak and riots. Couldn't convince anyone of his friends and close ones to run with him. In those final hours - he sounded like mad pesimist. Decision to left them behind wasn't easy and Max regrets this all over again. The fear, distrust and horror of events in October 2021 hunts him untill now.
Max managed to steal a yaht before full lockdown of the port and headed north to the Baltic Sea. At open waters picked up a couple from Germany fleeing in smaller boat. They reported about violent situation in all cities. Together they've decided to head north and find about situation in Scandinavia.
It were last days of Oslo when they reached it and his new sea-friends quicly went gone in the city riots. Infected were on the streets and people run regular fights with them. Max fleed somehow with others to the refugee camp. But there situation was dramatic and tense to say least. At this moment he decided to stay out of crowds for his own safe. When fleeing during the night he withnesed napalm bombings to the city and refugee camp. This almost broke him. When he put himself together, realized in what new reality he found himself. Last panic acts of goverments and army didn't bring results, communications are lost, pandemic at full swing, and desperate people and infected as a present danger. Like in fuckin' move. Realizing that on next morning is a moment hard to forget.
Avoiding staying in any settelment or city for longer than needed to loot, he spend next weeks in mountains. Travelled from one Hytte to next, sourcing gear and food. Camped in the wildernes, that beside cold winter conditions is relatively calm and safe now. He became strongly convinced that sooner or later any community will fall due to pandemic or people fighting against each other. Large groups of people are simply dangerous and best he can do to avoid them is outdoor living. Be self-suficent. He wasn't totally green, but had to learn fast. Survival itself is a full time job, and new reality is far more dangerous. Anyway, from this point he sees nature as only way to live in this broken world.
Beetwen not so many contacts with other people he heared a rumor about place in the North, that may be worth to find. Nyheim - the one place with the lowest infection rate in the entire country - people said and their hopes were high...