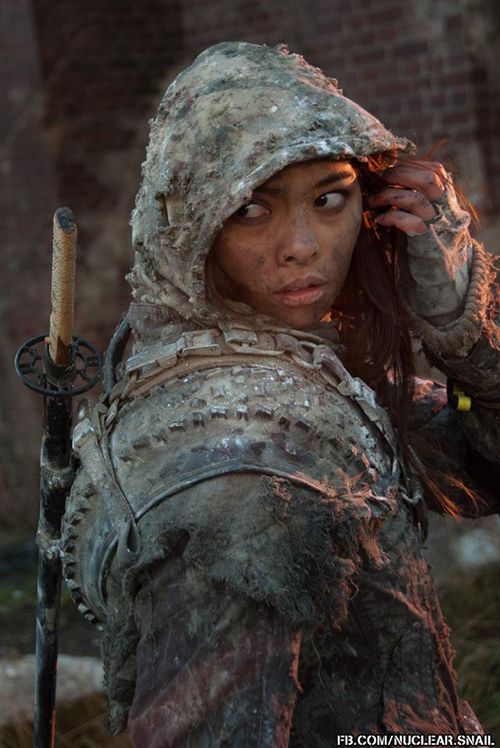 Before the outbreak Ali was a family daughter, grew up in Louisana and learned to hunt and fish, spent time riding horseback at her ranch. She was kind and caring, always willing to help and provide a helping hand around the house. Though she had nervous spouts of anxiety, large fits of uncontrollably rage but this was hideen under her good side, complimenting her friends, family, and strangers alike with a great attitude. She spent years in college studying the affects on fungal infection and other bacteria infections at the UIC, with minoring in engineering. With wide spread news of the outbreak occuring and the global panic similar to events in America's history to draw them together she thought it would be her moment, rallying with a well funded super church in her region, and a group he couldn't name and help surplus cash, the missionary group was sent on a cargoship to foreign lands, eventually reaching a destination without travel blockaids, linking with a contact Ali looked around nervously as she seemed to be the only semi capable person.  Ali was sent on a chopper with the rest of them, her boss said it was urgent right away, after passing through contamination zones and lines of hosipitals, retreating shoulders she didnt have much left to worry about with sick patients as much as her own safety, she followed her colleagues for the short moments her job meant anything, looking to track down some sort of evidence of wild life eating and ravaging the wild lands around the area, hopefully capture live spicemens for study Moments later they figured out it wasn't wildlife, andzombies struck out eating most of the people around her and rushing the evaculating troops only to be gunned down behind her, untill it was overwhelmed she cried for her co-workers and those shot dead between the screams of the undead.. She took cover in an abandoned chopper with zombies clawing at the sides rocking, sleep was miserable to non at all. One day she awoke to gun fire and splatter on her chopper's window, hope, saviour but it was just slavers, dangerous ones that drove fear into her innocent heart, she kicked away from them in a short burst, the one holding his blade out severing her finger, she was caught thought.. surrounded by guns.. For this they took her tounge and she spent many days in servitutde in ways not decent.. Hatching a plan to escape she took extra gear from the drunk bandit leader's tent.. worked her way up.. and used the trust to disappear into the night never to be found again.. living off the land ever since, changing her from a kind and loving pilgrim/missionary to a bloodthirsty vengence crazed machine.. Partly physcotic, morally good.