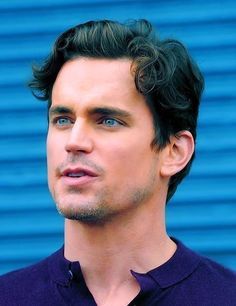 Cooks is a former MC captain. Born in San Bernardino, CA in 1988, he spent his youth as a happy young man. However, the year before he would start high school his parents and little sister would die in a horrific drunk driving accident. Lost and his life spiraling out of control, cooks turned to drugs and tried to find love where ever he could.

He met Emily as a freshman in Highschool and they were both 14. He ended up getting Emily pregnant and she decided to have the baby. As a 15 year old with a drug addiction, no support system, and a newbor, cooks needed to find a way to support himself and his new family. He dropped out of highschool and joined the Hells Angels MC. He couldn’t officially be a member until his 18th birthday but became somewhat of an “intern” helping with trivial tasks like cleaning the clubhouse and running errands. The members paid him well enough to support his new baby girl and her mother.


Once Cooks turned 18 he was officially initiated, having saved up enough money for a cheap Harley. Years go by of drug running, murder, extortion, and other gang activity. Cooks spends a 2 year stint in prison in 2009 at the age of 21. When he gets out the Hells Angels MC rewards his loyalty by promoting him to captain. Cooks then spends the next years until 2019 saving money for his daughter Elise to go to college.

In January of 2019, Cooks daughter goes to college at age 16 having completed high school early. Cooks and Emily didn’t feel comfortable with their daughter going very far at such a young age and with a strange new virus making headlines globally, but just like them, she was rambunctious and was going to get what she wanted. Cooks daughter convinced her parents to let her enroll at the university of Oslo to attend classes with a friend she had met online and was long distance best friends with for many years.


Shortly after arriving at college lockdowns begin to happen and Cooks is worried about the safety of his daughter. Later in September 2020, With the Hells Angels MC promising to protect his wife while hes gone, cooks begins to make his way by motorcycle across the U.S. to the east coast. Upon reaching New York City, Cooks sneaks his way onto a medical vessel sailing across the pacific bound for Oslo.

The ship arrives on October 2nd 2020. Upon arriving in Oslo, Cooks is greeted with complete chaos. Quarantine camps, and complete lockdown. Cooks finds an abandoned building on the outskirts of Oslo and takes shelter while planning on how to get his daughter out of the University of Oslo Quarantine Zone.

On October 29th at 6 am Cooks set out to get to his daughter once and for all. Having scouted PLIKT patrols and road blocks, Cooks knew the perfect route to take to get into the UOQZ. But when he got there it was pandemonium. With a TV in the background relaying the message to evacuate or perish in a napalm attack people were scattering, grabbing belongings and breaking through the fence barriers. Even PLIKT forces were abandoning post and fleeing. Cooks began running towards what looked like a large dorm building grabbing running students and asking if they knew his daughter. One student did and told him her room number. He made his way through the panicking and frenzied crowds to her room. It was empty but there was a note left. It read, “to any friends or family who find this and wonder where I am,
Me and my three roommates have left to Nyheim where we have heard the infection is minimal. Please be safe out there.

Elise”
Cooks grabbed the note and ran out of the dorm.

Cooks ran through the QZ looking for any information on where Nyheim is and how to get there. Cooks finds an empty control room with panels and plans and A MAP. He locates Nyheim, cuts the map off of the cork board and sets off using his compass and a few roads. The next day while I’m route to Nyheim cooks feels trembling under his feet and distant explosions.

After 2 more days of on foot travel, Cooks realizes he is lost. His compass must be messed up or he took an wrong turn. Cooks spends the next year and a half roaming the Norwegian wilderness barely surviving off of berries and small animal traps. Finally after many days gone and his hope of finding his daughter waning cooks hears automatic gunfire far in the distance. Almost too faint to be heard. He closely follows the sound and after one more day of braving the cold woods he comes out onto a road. He turns left to see a sprawling city partially overgrown and a white sign next to the road. “ Velkommen til Nyheim”.

Cooks follows the road and sees large fences surrounding the city as far as the eye can see. He approached the premier and hears voices on the other side. Cooks calls out to them with tears in his eyes from not having seen someone for so long. PLIKT comes to him and explains how lucky he is they are currently letting in refugees. They bring him in and set him on his way to meet some locals.