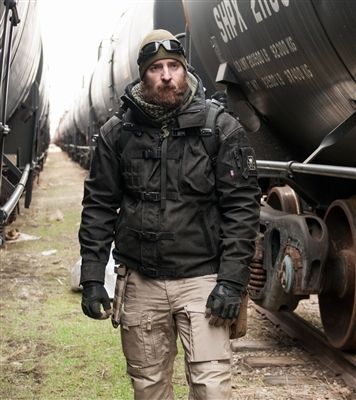 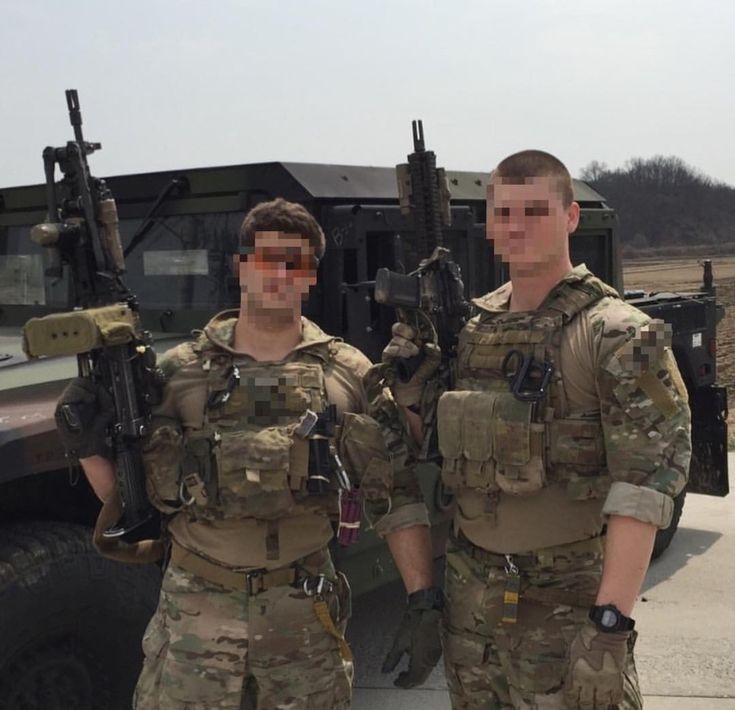 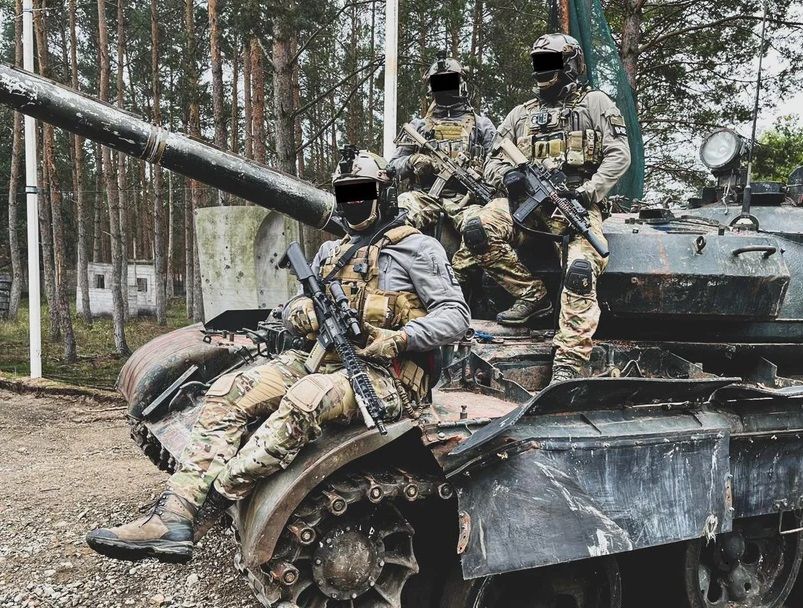 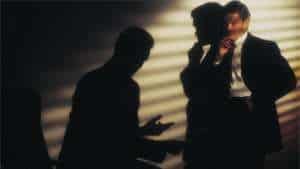 Tobias Rainer's story begins on an AC-130 bound for Weisbaden, a US military installation in Germany. He was using a US Army deployment mission as cover and as a means to get his equipment in-country without local customs agents shitting a brick.  As a CIA operative his job was to liaison with a BND operative outside of Cologne and provide recon and intelligence assistance to the German government but first, as these things always go, they needed to have tea and establish the ground rules. The meeting was mostly formality but was necessary to establish a few key points: First, the German, French, and Polish governments wanted to establish neutral space in Oslo, Norway known to the participating agents as Callsign: Chapel Town. Chapel Town would be the rally point for all agents should things go tits up so in the event of lost contact that's where you would be expected to go. Second, the information would only be transmitted through encrypted channels unless there was an emergency, and third, if Chapel Town should fall, all agents would go dark and integrate with the public until such time as the operation's handlers reached out with new orders. With the meeting concluded, Rainer was patched into the OpSat network and Operation Ghost Trail began. Rainer's first order of business was heading to Sweden, more specifically Stockholm to meet with local officials and collect some data on hospital sick counts and any concerning outbreaks in the countryside. Their job was panic-prevention so he never stayed in one place for too long. He continued to operate uneventfully for almost two years, well into 2021, before he caught word of the "mist" at a pub near Weisbaden. Word is it was being deployed throughout France and Germany but when he reached out to the other agents with questions they knew about as much as he did.  They all decided to meet in Chapel Town.

Back to Chapel Town

Concerned about the mist and further sickness Rainer stayed away from most population centers, opting for backroads and campsites as he traveled further north into Denmark. Eventually, he reached the agency-designated docksite and shacked up, waiting for word from the others. Sadly, tidings were grim. The others talked of violence and chaos after the mist was distributed. It was all they could do to stay in contact. Their handlers insured them that everything was going to be fine, and to keep doing their jobs. He spent two weeks at the campsight recording everything he could catch on the local radio channels or through satellite transmissions. Eventually, the meeting day was set, September 29th. Rainer left shore soon thereafter and arrived in Larvik, downshore from Oslo, on the brisk morning of September 28th. OpSat was silent now, he had lost Germany earlier that day, France the night before and Italy had been silent for almost a week...The handlers had placed a looping message that would play once a day at 6:00AM: "Should Chapel Town fall, follow Betalus.Following Betalus was code chosen for an end-of-program protocol. It stated that in the event of total systems dark, operatives should head towards any known bastion of order and find assist in any way possible so that civilization persists. It was The next day, as he traveled on foot, he watched the military police erecting their barriers and locking down every road entrance into Oslo. He continued recording what he saw into OpSat, despite the void that it had become, as he traveled farther into Oslo. 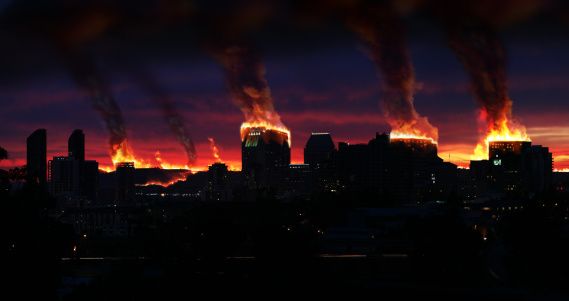 His progress slowed now with the sound of jets screaming overhead and dumping blankets of napalm that consumed entire city blocks and what he thought were looters attacking civilians, crippling his progress. He would spend two weeks clambering through corpses and wreckage to reach Chapel Town. All he found was a burned out apartment building surrounded by ferals. He had been calling them that after he overheard a Plikt soldier talking to one of the refugees. He never interacted with anyone, he knew that he would never be able to explain what an American was doing in Oslo without raising suspicion. He decided that Oslo was a lost cause, a sentiment confirmed by a radio broadcast by the quarantine zone as it fell the night of October 29th. He had reached the outskirts again and was boarding up a ransacked auto shop when he heard the news. With his route back to the boat certainly impossible with the ferals, soldiers, and scorching swathes of city, he was headed north. It was getting colder by the day and the broadcasts said that Nyheim, a city far to the north, was under the firm protecting of Plikt and would offer safe haven to those who passed their checks.

As he traveled north the winter grew colder, nearly as cold as the people still left alive. He could not rely on most for protection or assistance as they either assumed he was a feral and attacked him on sight or were entirely distrusting due to the assumption he was a military scout. They were half right, because at one time he was..that felt like ages ago. These four months had lasted a lifetime and changed him. Rainer had long shed his CIA mantle and with it went the clothing and equipment. What he couldn't use he toss and what he could was expended long ago. All he had left was his OpSat encoded radio and service pistol. The radio was practically useless for it's original purpose and the pistol was in dire need of a new slide and magazines didn't sit flush anymore. The poor .45 caliber was about as ragged as he was now. It was mid February and the snows still sat heavy on the ground, the ferals were slower in the snow, their bodies frostbitten and stiff, as they made no attempts to shield themselves from it. This afforded the careful an opportunity to relax and the bold a chance to venture forth and Rainer was bold. By spring he had made Kiruna, Sweden by following a highway that traveled up the center of the now deserted countryside. Kiruna was quaint and mostly unaffected by the outbreak. The occasional feral or two would wander in but it was otherwise safe. The problem was the lack of supplies and bandits. What Kiruna lacked in food it more than made up for in it's supply of Iron. They kept the mines open through the epidemic, stockpiling and waiting which now paid off in the town becoming a small fort in the countryside. Of course the local gangs wanted it for their own purposes so they extorted the town at the threat of violence. Rainer stayed in the town for a number of weeks helping sort out the deficiencies by hunting and occasionally robbing the robbers. He was no hero so never took credit, opting to deliver what he found and didn't need back to the town anonymously. Eventually the snows thawed and he began traveling again.

He had reached the Troms by summer. It was the gateway to the region that supposedly housed Nyheim, so he took his time there meandering from trading town to trading town gathering information. The radio had broken a while back but he still had it in case he found a means to repair it. In it's place he had begun a journal, writing what he had seen and learned. It grew fat with knowledge. Fat enough that when he finally began his walk northeast it weighed confidently in the breast pocket of his weathered jacket. He would be there soon, he could feel it. Further and further he walked, never laying roots or forging friendships. Not until the day he found Nyheim. Before he knew it, fall had returned. The soft kiss of the coming winter seasoned every breeze, an ominous harbinger to the bitter cold no doubt looming beyond it's refreshing air. He drew closer, so close in fact that his standard radio was picking up broadcasts from the city. They were jumbled and unintelligible but the fact that he heard them at all was cause enough for excitement. Rainer crested the final hill of his journey and that it was, resting against the ocean was the largest city he had seen in months. 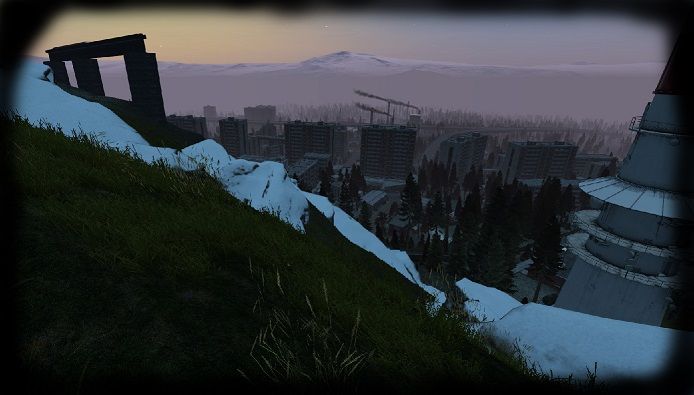