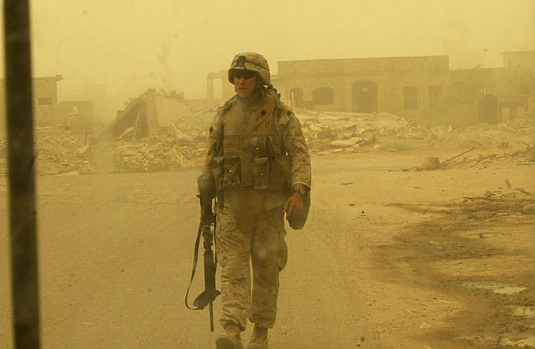 David Wright was born on April 20th 1986 in  Florence, Oregon. He would spend most of his time in the outdoors, fishing, crabbing, clamming, and hunting with his father. Growing up as a boy, he had an obsession with the military and wanted to be a soldier when he grew up. The events of September 11th, 2001 heavily inspired him to defend his country. On his 18th birthday, 2004, David joined the USMC and fulfilled his childhood dream.

David was deployed to Iraq in late 2004 and partook in the Second Battle of Falluja as an Infantryman. Later fighting in Afghanistan. He served the USMC for eight years.

After his career as a Marine, Dave became an FBI agent. Later on he was assigned to investigate a Russian international terrorist who was refuged in Nyheim. He conducted several operations to bring him, and all of his men to justice. However, the virus hit Nyheim before he could ever complete his assignment.

Now that the outbreak is in full swing, Dave has linked up with his former agents and he is doing all that he can to keep law and order in a world of chaos and death.