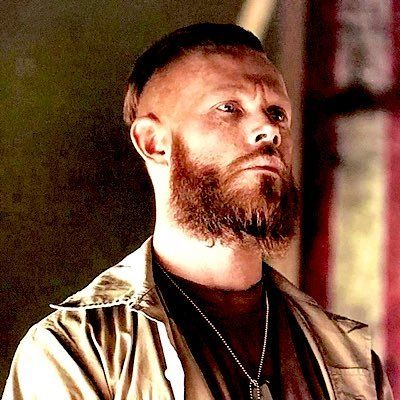 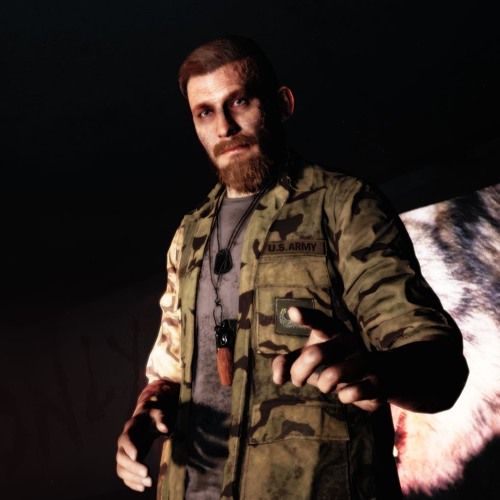 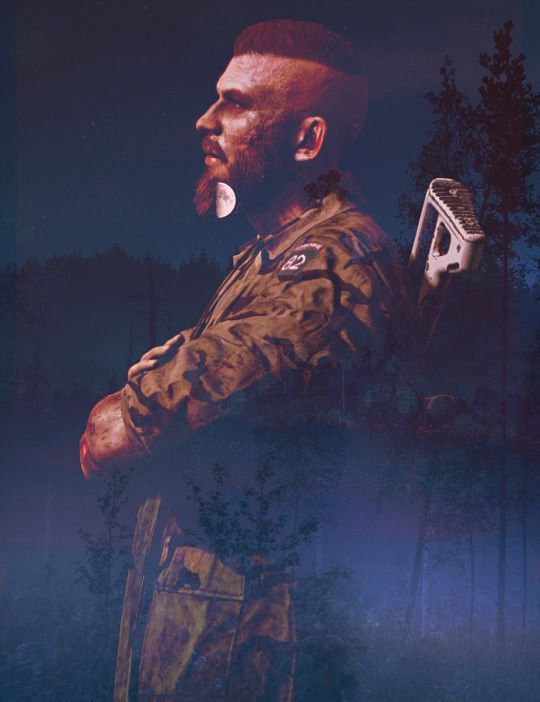 "The weak have their purpose. You'll understand soon enough."

Igor was born in The soviet union, in Linhammar. a village close to the Finnish border. Igor's early childhood memories were hazy, only thing he remembers about it is him and his family surviving in the cold in their aged wooden home. drinking hot tea to keep himself warm, chopping up tree's with his dad and hunting animals with him. he was born into a savage and a hard lifestyle. his father worked selling milk from cows and other dairy supplies to bakerie's. his father would often make trips to the town to sell their supply a couple kilometers away, he'd often come with him, seeing how industrialized the place was, while they just lived in a village. he was angry of it. he couldn't imagine a life where everyone wore the same, everyone did basic work and lived as a consumer, not working for it and buying the food they dont deserve. he'd feel envy. he seen himself superior to the townsman. in his teen life, he'd work with his dad, doing milk and deliveries of other dairy items. Igor would often identify the way animals acted before he killed them for their meat. it felt fun to watch them, he wanted to be like them, to cull the weak, fight for the best, work hard for it. when he came to his 20's he would not want to go into the cities to find good work, even if his parents encouraged him to. he'd join the VDV of the Russian army. he wanted to be strong, he wanted to be superior to other men, he wanted to Cull The Weak, and to make them strong, create and train his own herd. and to kill or punish the weak in it, changing them from the core. in his military times, he'd fight in the first chechen war. he will get multiple scars and see his comrades die. this would make him more agressive. and remembering his comrades dying in disgusting ways would make him have emotionally violent.

"They are killing our brother and sisters and putting our holy cause in jeopardy, I want this coward to know that they have my attention. my hunters are coming for you, there is nowhere you can run!"

"humanity is once again in crisis. It doesn't matter what we build or achieve...we will always find a way to break it down."

in his times in the army, he would be doing a usual guarding in a observation tower at a outpost in Siberia, boiling some tea and listening to songs on the radio with a AK74M on his lap. in the quiet night, he'd see a sillhouette at the entrance of the gate. he would get his gun up and open the window, "Stop!" the black figure would mumble quietly and turn his head to the tower, standing still. Igor and the figure would look at eachother for seconds before the figure lets out a scream and start trying to climb into the observation tower, Igor would shoot at him for a couple of times until it gets shredded and stuck in the barbed wire. Igor would reach for his radio's Press To Talk button, his transmission would get cutoff by a horde of thing rushing and smacking the fences, the whole outpost would go on alert and some of them would get in, eating pieces off the soldiers. the whole outpost would erupt into chaos, everyone trying to survive and save themselves, the alarm in the background would be deafening the snow storm. on the radio, "all surviving, come to the truck south of the outpost right fucking now! мы уходим!" Igor would make a run for it, grenades exploding, some of his comrades asking for help getting outnumbered. Igor knew they were weak, and they were destined to die. he was proud of their death. they needed to be culled. a half decayed person would jump on him, trying to bite him through his clothing. Igor would punch him a couple of times and would throw him away, he would stab the knife at the head of the thing with incredible strenght. another would come at him, and igor would tackle her, stabbing her a couple of times and incapacitating her. he would get into the truck and the truck would speed out through the rugged snow. They would go through a checkpoint, seeing it in flames and infected, they speed through the checkpoint, the soldiers would talk and look at eachother in panic. a couple minutes later the driver would hit something in the road and roll into the forest, leaving everyone unconscious or dead. Igor would wake up, smell of blood and smoke would fill his nose. He'd crawl through the bodies and would run away, he'd walk to the nearest civilization, he would be deprived of water and food for days.

3 Months Later
"The human brain is a fascinating thing. Once you start poking around in there, it's surprising what you can get it to do under the right circumstances... You're familiar with the term "classical conditioning", right? It's when a condition stimulus... say... a substance... leads to a reflexive response. In this case to train... to kill... to sacrifice."

Igor would look at rising sun. drinking coffee from a ransacked store, eating a can of bacon on top of a apartment. a man would come behind him, with a quiet "hello" in Russian. Igor would immediately take his Rusty AK74M and point it at the guy, the guy would calmly and slowly approach him, the guy would say with a soothing voice: "no need for this my friend, I mean no danger, we are all in one collective faith, right?" The Stranger would sit near the campfire and look at the sunrise, igor would sit near him and look at the man with a angry and confused face. the man would say  "So do not fear, for I am with you; do not be dismayed, for I am your Messiah. I will strengthen you and help you; as you would do to us. I will uphold you with my righteous right hand." he would start travelling with the "strange" man in his own words to have more chance of surviving, he never talked with him at first, but would get more acquainted with him. he would start to believe in his Religious ideas, he would be brainwashed by him, he now only focuses on his real objective, to cull the weak, change them from the core. sacrifice who cannot be strong. he would become the champion, training the followers of the Faith. 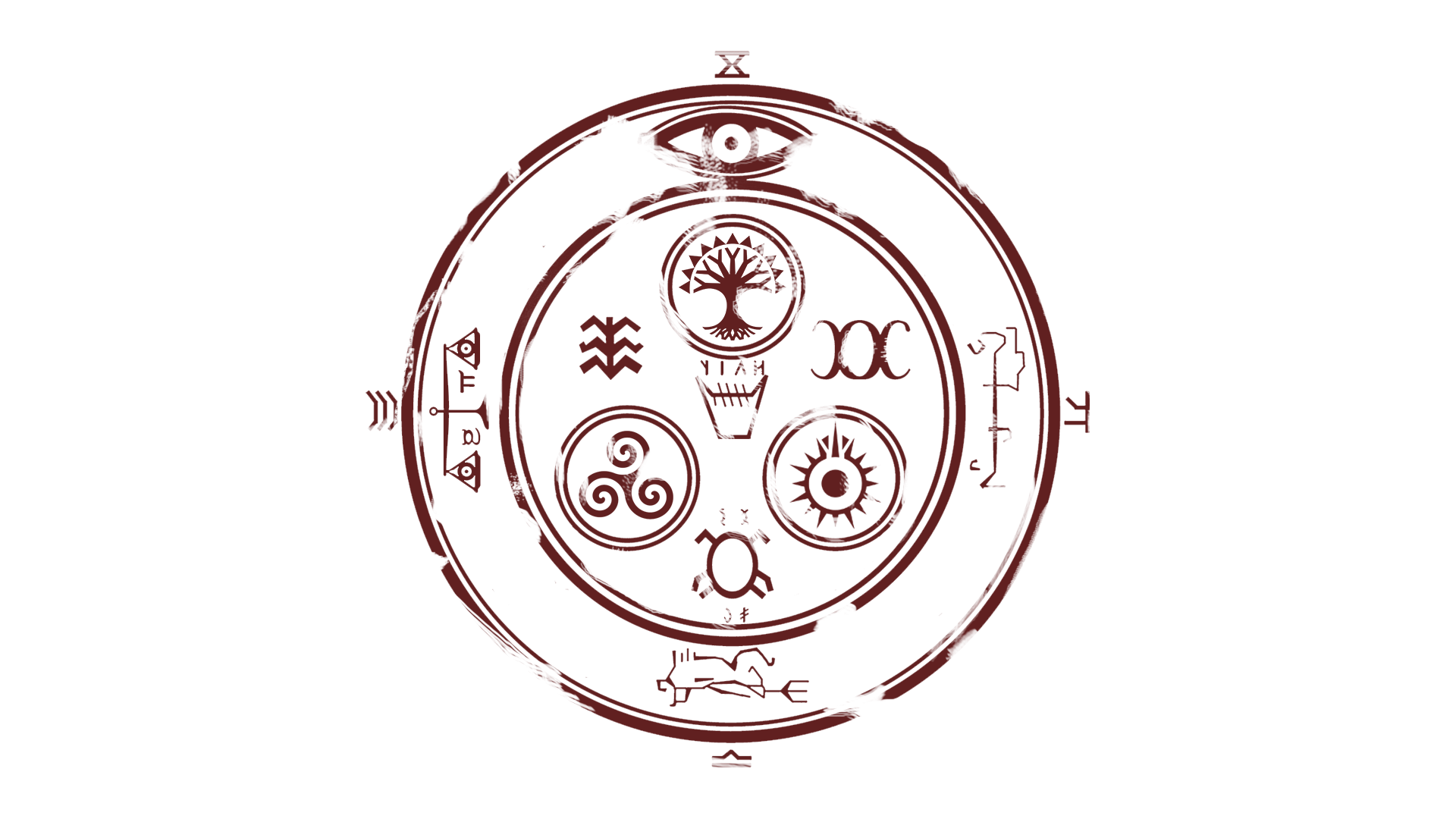