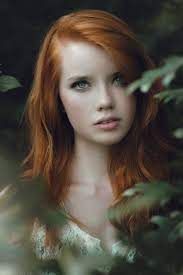 Cait (nicknamed Vixen by her husband due to her red hair), came to the mainland less than a week before the virus outbreak to provide training to a small team of software contractors her company had recently employed. Her husband Cam joined her, embracing the visit as a chance for a family vacation. Once the outbreak hit, Cait invested her time in helping locals who needed support fleeing and hiding from the infected. She quickly learned basic medical skills after trying to save as many people as she could, however her gentle and naive personality quickly got her into trouble after she ran into a group of local bandits when out scavenging. Cam told her to shoot the men, however one was visibly wrounded and Cait faltered. She and Cam were captured, with her being forced to work as a farmer and field medic for the group. knowing that the men were being injured when stealing from the weak and the desperate haunts Cait to this day.

After watching her captor's catch one of the young men Cait was training before the outbreak, and watching helplessly as he was violently executed, Cait and Cam snuck off during a supply run and stole a small makeshift raft. Cam was shot in the leg whilst escaping, leaving Cait desperately trying to keep him alive whilst they made their way to Nyheim. They had heard their captors talking about how it was 'safer' there than the mainland. After barely making it to shore and with Cam gravely ill, the pair spent their first days on the island hiding in a shed, with Cait making medical runs and scavenging whatever food she could find until he pulled through.