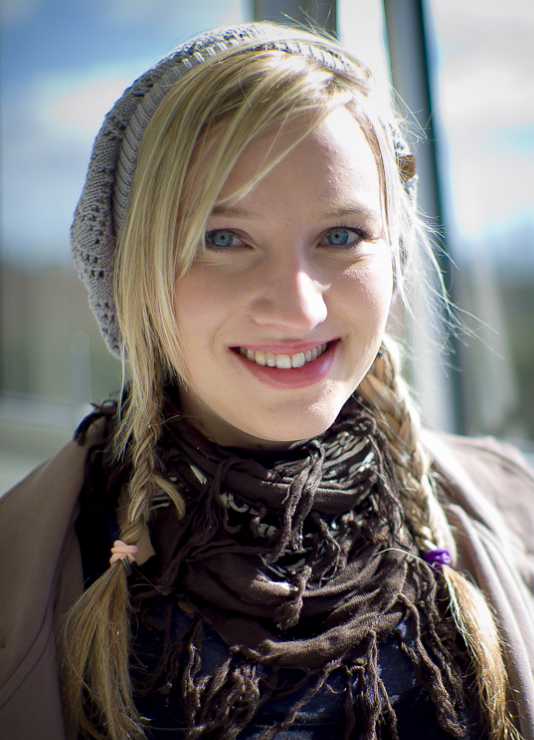 Viktoria Mueller (Müller) was born into a middle-class family in Hamburg, Germany. She had a hard time learning to speak, only saying her first words at 3. Her parents, concerned, went to see a Neurologist. It turned out she had a disease-causing her vocal cords to rapidly decay. She had an estimated 3 years before becoming completely mute. By the time Viktoria was entering school, she could barely make sounds, let alone speak.
She was often bullied throughout early primary school. This caused her to become very isolated and socially outcasted from her peers. Despite this, she excelled in school and got far above-average grades.

A majority of Viktoria’s family had lived in Norway, Viktoria and her parents being the exception. So Viktoria’s parents decided to move to Norway, after gaining citizenship and buying a house in Sørbu.

Viktoria returned to school, attending schools in Nyheim. She braced for more bullying but received very little. But she was still socially outcasted by her peers. This was also due to her not at all understanding Norwegian and having to learn it. Viktoria once again excelled in classes, despite the language barrier. She very quickly learned how to understand Norwegian. She also took English, just for the extra challenge, though it took her a bit longer to understand. She made a couple of good friends, leading to her becoming just a little more social.


When the lockdown hit, Viktoria was well into her 10th year of school. She quickly adapted to the switch to online schooling. Continuing her studies of English and Norwegian. She dabbled in ASL, but never learned it past basic greetings. But, like everyone else, the isolation took a toll on her, though not as much as others.
By the beginning of the 2020-2021 school year, Viktoria had been given the option of taking advanced classes to graduate early. She eagerly accepted it, wanting to get done with school, and to take on a bit of a challenge to alleviate the boredom of isolation. Just like in her previous classes, she excelled, though found difficulty in the advanced English classes.
Viktoria graduated in May of 2021. After accomplishing such a feat, she had no clue where to go next with the current restrictions. To pass the time, she learned random skills, ranging from sewing to some basic woodworking. All the while she’s doing this, she is applying to colleges. In late August she is accepted into the Oslo Metropolitan University for a degree in Mechanical engineering. This is cut short due to the ‘Mysterious mist’ that was spread in mid-September.

Viktoria was shocked when she woke up to see two of her neighbors, who were generally quite friendly, in a fistfight out in the street. She entered the living room to see an emergency broadcast on the TV, warning people to stay inside, keep doors locked, and keep the curtains closed. She was even more surprised to see that deadly force would be used against those who wouldn’t comply.
Every social media platform, every Livestream, and all news stations went dark. Viktoria and her parents were once more driven into isolation. Their food supplies were running low, and her mother was becoming agitative. Viktoria was mortified when she saw the burning of Oslo on TV in late October. It was the early hours of a crisp November morning when Viktoria woke to a large commotion coming from the bedroom of her parents.
For a couple of days, Viktoria’s mother had symptoms of the new virus but it finally came to a point after she began to beat on Viktoria’s father when it was confirmed that she had it. Viktoria decided to pack anything of use and leave her parents behind. With nothing but a duffel bag of items and the clothes on her back, Viktoria set off to gain entrance into Nyheim from her home in Sørbu.