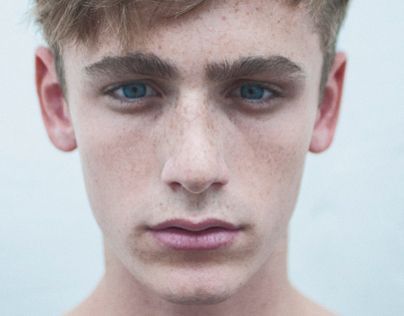 Jp was born in the UK but only lived the first 4 years of his life there. His parents, both fishermen by trade, used to travel a lot for buissiness purposes before the baby came, but a few months after his birth they realized that they should instead settle in a place that offered them good financial stability but also required them to travel less. So, they saved money for a few years, and when JP was 4 they moved to Norway. They had found an amazing job offer in a tourist attraction, teach and help people fish in the beautiful Norwegian waters.

After a decade, Jp was still struggling to fit iin, None of the kids his age liked him, so his friend group was pretty much just his parents' coworkers and one kid from school, Julia. Being in their early teen years, the feelings were platonic, just 2 good friends, but 2 years later, when they were both 16, it evolved to something more. JP told that to one of his dad's friends, and he adviced him to express his feelings to Julia. She rejected him, completely breaking off their friendship and cutting him out of her life. With his only friend in school gone, JP decided to drop out, starting with skipping classes to go fishing at the river in the forest. His parents had taught him how to fish, obviously, but they never allowed him to fish alone. That went on for a few weeks, until the fatefull day when it all happened at once. As the school was finally notifying his parents that he has been missing a lot of classes, JP was oblivious that the scent of his little basket of salmon had attracted a family of bears to his location. JP only had his fishing rod and his small swiss army knife on him, but luckily he had started a small fire to keep himself and his clothes warm and dry in the cold forest. The youngest bear cub aproached him from behind, rubbing her snout on his leg. JP jumped in fear, and tumbled over his basket, falling square on his ass. His reaction in return scared the cub, who let out a tiny unthreatening roar and ran back in the trees. JP's eyes followed it up to the treeline, keeping his peepers locked on it while he was getting up. And the he saw it, momma bear, eyes locked on JP, her cub between her front paws. He knew he had to act fast, and his initial thought was "play dead". But he wasn't sure that it'd actually work, if it was a legit reaction he should make, or if it was just something from the movies. So he went to plant B, he grabbed a stick from the little pile he had, wrapped a rag around the top as fast as he could, and used his campfire to light it ablaze. "fire scares beasts" he thought. And he stood there, with his wonky torch in hand and his little knife on the other, staring at the bear. His plan was to weild the flame until the bear gets bored and he can run away. But the bear wasn't afraid. It slowly started aproaching him, and JP starting yelling while waving the torch around, like a magic wand. "Let me run away and you can keep the salmon" he yelled, "just get away from me". He was certain that the bear was in lunging range now, if she wanted to attack him, she could do it any second. So he decided to attack first. He tried to club the bear over the head with his torch, but halfway through the motion the rag got untied. Then BANG, a gunshot. It all happened so fast. Flaming rag drops on his hand, the fear and surprise from that made him retract his arm and let go of the stick. The sound of the gunshot made him jump backwards, while the bear jumped towards him. He's falling back, and the bear is landing on his right leg. His left arm is now on fire, his back and head splashes in the cold river, he can feel the bear on his leg and something hot and wet starting to cover his leg. He was sure the bear bit his leg off and he was about to either drown alive, or freeze to death whilst floating down the river. His head is fully underwater, and he's certain he's dying, he can hear his parents yelling his name,along with another man's voice. He blacks out, and next thing he knows he's in a wooden cabin, wearing clothes bigger than him, a fireplace is burning next to him and his mom is sitting next to him. What had happened was simple. A hunter was tracing the bear. The spot JP was fishing at, was where his dad had first taught him how to fish. When the school informed his parents that he was skipping classes, they noticed that his thick coat and fishing rod were missing from the house, they knew exactly where they'd find him. Fate or luck, call it whatever you wish, was on his side, as the hunter shot the bear as it was about to kill JP, and his parents arived at the scene to help the hunter pull him out of the water, but also carry him back to the hunting cabin he had further up the forest. He came out of it unscathed, he only caught a cold, nothing serious. Though, this situation was benefitial, as a few weeks later, his parents agreed to him leaving school and teaching him how to be a fishing instructor like them. At the same time, he was also spending time with Jurgen, the hunter that saved him, which meant he was also learning how to hunt and survive in extreme climates.

Barely a decade later, JP is now living alone in a small are called Nyheim. His parents have managed to make enough money to open their own fishing supplies store, and JP was sent to Nyheim to open their second store there as he was a natural at it, outskilling both his parents. Buissiness was going amazing, to the point that JP was barely ever present at the store, he was employing a team of 8 people, and he was enjoying a quiet life living by the woods, growing his own vegetables, hunting game every now and then, and visiting the city just to get some supplies or grab a drink at the pub with his workers. He's very happy being a lone wolf, so when the quarantines started it didn't really affect him much. At first it only affected his drinks-night, but as the rules were getting stricter, his buissiness started to suffer. Luckily he had enough money saved already to not need to fire his employees, but sadly a few of them passed from the virus. When internet and celular service were caught, he lost all contact with his workers, his parents and "uncle Jurgen", they've grown very close since the bear incident. Last he heard from the last 2, they were starting to make the trip to Nyheim to visit their son but also their store. The quarantines caught them at the last third of the way, forcing them to get lockdown'd in a hotel, presumably safe.
It's now been a month since JP heard any signs of humanity, no cars no planes no helicopters,nothing. Just distant sirens every now and again. He didn't mind being alone, but he was extremely worried about his parents. He decided to break the law and take a trip to the nearby cellular antenna in the forest, he knew the path like the back of his hand, he'd go there, try to get a signal to contact his family, go back home. He packed a change of warm clothes since it was raining and his hunting rifle as bears and wolves were roaming the forests. It'd take him roughly 4 hours to reach it, and 2 to come back, he knew a shortcut down some rocks, it was easier and faster to return that way. The trip was quiet and uneventful, but what he was met with was undescribable. A small pile of what seemed to be 6 human bodies, burnt to a crips, was lying next to the tower. Bullet shells on the ground, blood trails leading into the trees. His phone chimed. Text from his dad, 4 days ago. "Jurgen is dead, mom and I are in Nyheim, trapped at the clinic. If you're safe please reply". As he was procesing what he just saw and read, and he was starting to type out a reply, he heard footsteps running furiously towards him. He turned around just in time to duck, a man launched himself towards him, but flew straight past him. JP looked him in the eyes, faded and bloodshot. He whispered "what the hell man?" but he knew it was pointless. The man was starting to run again. JP threw his bag and run the opossite way, the rocky path was nearby, he could escape there. He ran for 5 minutes before jumping down to the first rocky ledge, weird man on his tail. He landed roughly, and he was already exhausted, he pulled his rifle off his shoulder and got ready to shoot. One round in the chamber, the rest were left in his bag, "Fuck" he muttered. It felt like everything slowed down as he witness the man jumping straight off the mountain side, over JP's ledge and falling all the way down, almost exploding on impact with the ground. JP's adrenaline was fading, and exhaustion and fear were taking over. The last thing he saw before he passed out was the city. It was like it went through a war. He could see distant smokes, some buildings were on fire. He pushed his back against the rocks and let himself pass out, fall asleep more likely. He woke up in the middle of the night, thankfully the rain had stopped. He now had to make his way to the clinic to look for his parents. But first, he needed food and water, and possibly some painkillers, his left ankle was sprained. He prays he and his family survives