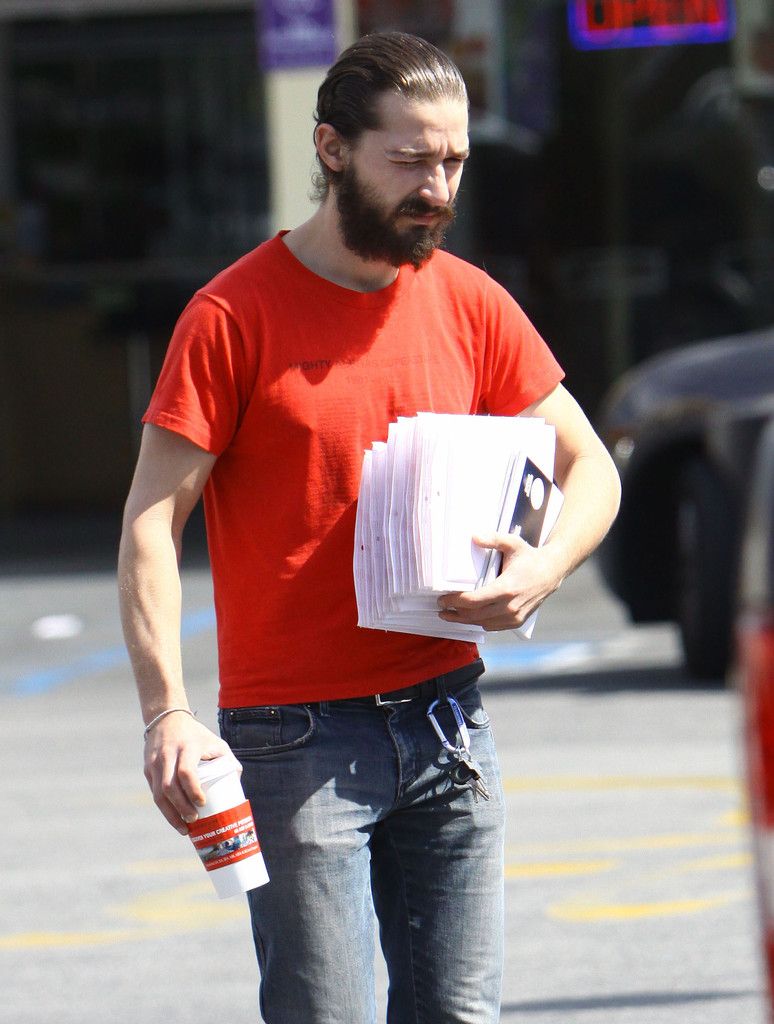 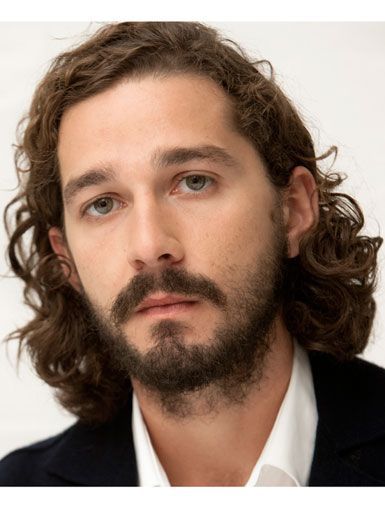 Jacky grew up relatively smart leading up to high school, and was good enough at school to pass with above-average marks. Both his parents pushed him to get into a good school so as to not waste his potential, but the idea that he had 'potential' was quite worrying to Jacky. As someone who wasn't really interested in anything academically besides a slight passion for computer science and programming, Jacky was stuck pretending that he was interested in academics when he was really interested in another thing: League of Legends.

Having started playing at the start of his freshmen year of high school, Jacky has been hooked since and he's actually surprised he passed high school considering how much time he poured into the game. Near the end of his Sophomore year, he joined/co-founded his school's League club with his friend Samson, and they got pretty far when they competed as a team against other local ones, but he was only able to play with them for so long, as schools in his area started going online during the end of his Junior year, which completely gutted his local competition.

While Jacky was frustrated that he wasn't able to compete locally anymore, his classes all going online made it even easier to pour his hours into more and more League matches, and he eventually was able to rank up to Diamond. While his rank wasn't something to laugh at, he wasn't satisfied and kept his progress in League more center focus in his life than actual tangible progress towards things like academics and relationships.

At the end of his senior year, he was still being pushed by his parents to get into a good school, and he decided he would try to bunk with his old buddy Samson wherever he was planning to go to college. Unluckily for Jacky, Samson actually had a plan with his life and was already accepted to the Norwegian University of Science And Technology, a quite prestigious school to say the least. Jacky doubled down on his laziness and, instead of doing the smart thing and going to a local college in Oklahoma, he applied for the same school, expecting to get rejected and having time to take a year off of school.

The one time in Jacky's life that he actually had his future planned out didn't last long when he got an acceptance letter in the mail the next month. Having been pressured to go by both his parents and now Samson, Jacky moved to Trondheim with Samson when borders were conveniently starting to reopen in Norway in early July of 2021. While living in Norway was slightly troublesome for Jacky, as he didn't speak a word of Norwegian and relied on google translate and Samson being around to communicate with anyone who didn't speak English, he still managed to do just fine at living in Norway compared to back in the US (which isn't saying much, as he barely left home regardless and spent more time playing League than being out of his house).

Somehow, Jacky wasn't the worst roommate in the world and got along quite well with Samson. Even though Samson had started playing less and less League compared to when he used to pull all-nighters with Jacky, he still played a decent amount with Jacky before classes started and they bonded even more. While Jacky was staying pretty good at balancing both League and having healthy friendships with Samson and some people he'd met nearby -- albeit not really friendships and more mutual friends of Samson --, that was before classes had started.

Within the first week, it was obvious that Jacky was going to flunk out of school. He felt like he just didn't have the time to be a good roommate, a good League player, and then on top of those both also go to his classes, so he just didn't. And that first week turned into a month of not showing up to classes, and when Jacky didn't have a reason as to why he wasn't showing up, he was kicked out. While he was struggling to pass classes for bad reasons, Samson had actual reasons: his mother and brother had gotten severely injured during a protest turned riot in Samsons home town, and he couldn't focus on classes thinking he may never see them again. He told the school that he had to drop his classes on September 2nd, and after they agreed that he could continue his education another time, he flew back to the US to see his family the next day. Unluckily, Samson's trip that was planned to be only for a few weeks turned indefinite when all travel to and from Norway was shut down on September 14th. Which left Jacky by himself.

In a situation where anyone else would be worried, Jacky was thriving. Who cares that he could barely speak to anyone now that his translator left? He had more time to play League. And play he did. Starting low Diamond before he moved to Norway, he was climbing his way up the ladder and actually made it to Masters only three or four days after Samson left. And now that he had more time because he didn't have to go to parties and meet people, he was able to pick up a new hobby; cooking. While he wasn't the greatest at cooking, he was good enough to not get himself killed, and he figured that it would save more time and be better for his climb if he just ordered a month's worth of groceries and cooked when needed instead of constantly ordering his next meal on an app. If only he was able to speak to the person who delivered them, as they were trying to explain to him what was happening outside while he was too busy staying inside. Unluckily for Jacky, warnings of strange trucks spraying the streets went right over his head, and he tipped them extra and sat back at his desk. Soon after, the mandatory lockdown was put in place, but the foreign failed student was none the wiser.

When other people in Norway were on the verge of panic, Jacky was perfecting both the art of cooking and the art of League of Legends. Having spent almost all of his waking hours on League, he was getting better at an exceptional rate, hitting Grandmasters within only a month of Samson being gone, and he figured he was able to hit Challenger, the highest rank in the game, in just a few weeks. All the while, he was getting back to his parents constantly saying that schooling was doing well and that he was making friends. In a few years, he'd have some serious problems when he'd have to explain why he didn't have a single passed class, but the time to worry about it wasn't now. Jacky ordered his second month's worth of groceries on the first of October (the delivery driver someone who broke the lockdown just for the extra cash), and he got back to his grind. Over the next three days, while his neighbors were worrying about the ever-increasing potential of horrors, Jacky was as clueless as ever.

When internet access was finally cut on the fourth of October, Jacky was just thinking that his internet was broken and figured he needed to go tell someone to get it fixed. And for the first time in almost three months, he had left his house to figure out what had halted his grind. What he saw certainly wasn't what he was used to; abandoned streets, heavily vandalized structures, and luckily enough, a group of people actively rebelling.

Over the next two months, Jacky had gotten quite acquainted with these rebels, which was all thanks to Finn. The group of people that Jacky had originally met knocking over fire hydrants and signs was made almost entirely of people who didn't speak English, except for Finn. Jacky had joined their group for the time being and had grown close to all of them, which was mostly because he knew how to cook even if he thought it was because of his personality. Finn had filled him in to what was happening in Norway, and in exchange Jacky had made the meals for the ragtag group. As the group traveled south toward Oslo, the only reasonable place to go given that they had no social media to rely on in terms of knowing where safe areas could be, they met another group. Among the group were some severely burned and hurt patients that were being taken in practically the opposite direction of Oslo. While Finn didn't tell Jacky what the group had told him and the others, Jacky was pretty sure some terrible things had happened in Oslo.

The two groups merged and were headed to a place Finn called Nyheim, and during the travel, Jacky had seen one of the patients die when he was tending them. Actually die. This whole situation hadn't really set in for Jacky because of how removed he was from the actual problems, and had only heard of the Infected from Finn, but this death was what really made Jacky finally aware of how grim the situation was. His life would never be the same, and he had to quickly get ready for it or die just as this innocent civilian did.

After digging graves for the dead, their newly thinned group quickly moved on toward Nyheim intending to sneak in. The day leading up to reaching Nyheim, there were loud arguments between the two previous groups that had amalgamated, and all Jacky could do was make the next meal and wait for what Finn told him.

Which turned out to be not that much. The two groups had separated again, and while the group with the burned and bloodied still seemed very upset with Finn and his rebels, all Jacky was told was that there were some differences in ideals between the two groups, and so they parted ways. Within a couple of hours of their group thinning out again, they finally made it to Nyheim as the sun was setting.

The plan was to just run across the road and through the wall as soon as any distraction at all was made by something down the road. What a stupid fucking plan. After maybe an hour of waiting, staring at the hole in the wall, some gunshots to the right of Jacky and his group went off maybe 200 or so yards away. And instead of realizing whoever was holding down Nyheim was willing to use excessive force, someone thought it was a good enough distraction to leg it, and when one ran, it turned to the whole group of rebels running towards the very dangerous city. And when the gunshots rang, all Jacky knew was that: 1. They were definitely directed towards the group of rebels and that 2. He was hit.

The rest was a blur, but somehow the University failure who was addicted to League had against the odds made it into Nyheim with only a bullet in him. The only problem now was that the rest of his group was missing, and he had to survive in an unknown city that was governed by probably the most hostile group he had ever met (except for the people he met in solo queue), all with just the things in his pockets. But at least he didn't have to tell his parents that he was kicked out of University.