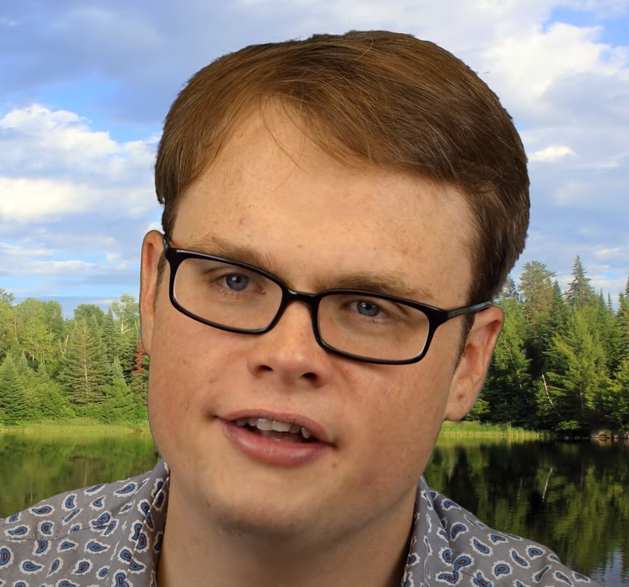 Clyde was born and raised in Finland, MN. His father was a farmer and hunter by trade. Clyde was more interested in the supernatural, the uncanny. While his father did his best to train him as a hunter, tracker and proficient survivalist, and farmer, Clyde resisted and spent much of his time at the local comic book shop, where he worked part-time. It's not that Clyde didn't enjoy the wilderness and the adventures it offered, he just preferred to read about it in a fantasy setting.

Clyde was far from ecstatic when he discovered that for their family hunting trip his father and grandfather wanted to travel overseas to the island of Lovund, for a guy's getaway, including fishing, travel to the mainland for hunting, and of course, 3 weeks away from Clyde's dotting girlfriend of 2 months, Barb. But despite his true wishes to stay, Clyde knew his grandfather's health was waning, and this may be the last trip the three of them ever made.

They were on the mainland (in Bardalssjøen) when the news broke, it was officially a pandemic. Clyde, his father Jude and his grandfather Darnell were stuck for the foreseeable future, while Clyde worried, imaging the worst as he recalled some of his favorite alternate history reads, his family was glad for the opportunity to extend the trip, thinking it would only be 2 more weeks before everything blew over.

It all happened very quickly, things spiraled out of control, Clyde's grandfather, Darnell, was already so weak, when reality hit, it was too much for the old man- he succumbed to his illness. Clyde's father, Jude, started to show symptoms of AVM-FLA-19 after he went to town to restock on equipment, luckily Clyde never felt the effects. But as the realization grew, they realized what it might mean. Jude left their rented cabin, to either find help and recover, or never see his son again. That was the last Clyde saw of his father and the beginning of his journey alone...

With the loss of his father, Clyde knew he couldn't make it on his own. But far away from home, and without the support of family, he was hesitant to take large risks. Clyde kept to their rented cabin, slowly eating and drinking his way though a dwindling amount of supplies. Clyde decided that his only chance of survival was to find a safe place, thus he made his way to Nyheim, another refugee in search of safety and consistency in a spiraling new world.