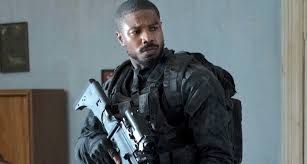 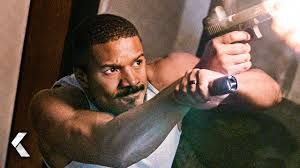 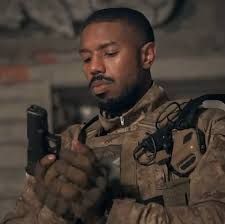 Born and raised at the army base Fort Bragg, North Carolina, Jabari Hondo was raised as a pure military brat. With his father as a retired Intelligent Officer and his mother who received her U.S. citizenship from Nigeria, also retired with the Army as a Physician. With his parent's accomplishments Jabari remains extremely proud of the family name, Hondo! Because of his passion to server and to carry on the family legacy Jabari Hondo trained his entire life to become a Special Forces Green Berets medical Sergeant. When he became of age, Jabari Hondo enlisted into the Army with an 18 x-ray special forces contract. As expected from a member of the Hondo family, Jabari became one of the youngest Green Beret soldiers in the army at the age of 21. He has served in combat deployments and operations with the 3rd special forces group, whose region of focus is AfroCOM for 15 years. Jabari achieved the rank of First Sergeant (E-8) and wanted to celebrate his military accomplishments with the people that made it possible. Jabari Hondo has taken little to-no ''Leave of Absence'' (LOA) in 18 years of his enlistment. So, First Sergeant Hondo schedules a vacation with his parents to Son Spa and Resort in Norway.

After a 15-hour flight to Son, Norway, the party of 3 landed, on the morning of September 14th, 2021 and proceeded to retrieve their belonging from baggage claim. However, without saying a word the Hondo family notice the intense and bold presence that security, and the Home Guards were given to the limited visitors. Their customer service and social distancing was aggressive but relatable. After following strict instructions at baggage claim, the party of 3 were guided to the resort's shuttle bus. The bus driver/ tour guide informs the passengers of Norway's Social distancing policies but ensure the passengers that there is still a lot of fun and relaxation to be had at the Son Resort. The Hondo family arrives at the resort and checks-in. After receiving their keys to the rooms, Jabari's parents decided they just wanted to sleep for the day. With a beautiful view of the Norwegian Sea from his balcony, Jabari relaxed and slowly falls asleep in a long chair. Around dusk of that day Jabari Hondo wakes up from the balcony due to the barrage sounds of tuck engines. Unmarked trucks masquerading as street disinfectors sprayed an aerosolized mist up and down streets and neighborhoods from dusk until dawn the next day. This event caused a little uproar within the resort. Property management advise the guests to utilize the in-door activities and granted a discount on room-service. For the next few days, the Hondo Family attempted to make the best of the situation however the political gossip and uncensored social media post was making it difficult to enjoy the vacation. As Jabari was watching a video posted on social media of a man in Nyheim, it showed that Nyheim televisions and radios were abuzz with a singular message repeated, interrupting normal broadcasts: “STAY INDOORS. DO NOT LEAVE YOUR HOMES. DO NOT OPEN YOUR DOORS FOR YOUR NEIGHBORS. KEEP YOUR LIGHTS OFF, CURTAINS DRAWN, AND STAY IN AN INTERIOR ROOM IN YOUR HOMES. FORCE WILL BE USED ON ANY AND ALL VIOLATORS, WITHOUT WARNING.” Shortly after viewing the video Home Guards and Security fill the Resort armed and commanding everyone to return to their assigned rooms for accountability. When Jabari gets to his room, he calls his parents to confirm that they were in their room as well. Simultaneously, they turned the television on to the news, and what they seen turns they stomach. The Coast Guard and Home Guard stationed in residential areas were exposed to the mist, and within the first 48 hours, some fell ill with 21NS. Violent outbursts broke out nationwide from both citizens and soldiers alike, with the attacks steadily growing in numbers. Jabari sprints out his room in attempt to be with his parents, but he meets the end of an AK47 buttstock to the face. POW! Knocked back into his room by a Home Guard! ''STAY IN YOUR ROOM!'', he shouted. Jabari calls his parents and tells them he is unable to get to them at this time. However, he will figure something out. Mrs. Hondo expresses to Jabari to stay safe. Moments later small arms fire echos through the resort. You can hear people screaming and Home Guards shouting commands. The Hondo family strategize to check-in through call or text every 2 houses because whatever was going on in the hallways, they were going to play the long game.

On October 29th, it became clear that the pandemic was spiraling out of control more than ever before, and the looped emergency broadcast was finally interrupted by a live stream from PLIKT. The organization announced that it was withdrawing from all cities and townships in Norway and refocusing their efforts solely on the one place in Norway with the least infection: Nyheim. Jabari's parents failed to report-in over 6 hours ago. This was Jabari's opportunity to rescue his parents and find refuge in Nyheim. Jabari Slowly opens his door to assess the hallway. It was completely silent however, there were blood and bodies everywhere. Jabari slowly and quietly travel down the hallway towards his parents' room. When he approaches their door, he notices signs of force entre. Jabari cautiously enters the room, whispering for his parents, following a blood trail. When Jabari reaches the end of the trail, he finds both his parents lying in a pool of blood and lifeless. It appears that they were brutally attacked and there were signs of cannibalism. Jabari weeps to himself with pain and RAGE, crying over their mutilated bodies. As Mrs. Hondo voice echoes in Jabari head to stay safe. He knew surviving was purpose. With no time to waste Jabari exits the resort in a stealth like manner and finds a canoe and paddle. Jabari Hondo uses the stars to find north and starts paddling northeast towards Nyheim keeping an eye on the shoreline. After an hour of paddling, the tides became me aggressive, and Jabari became more fatigue.  Out of no-where a big wave smacks Jabari out of the canoe, he loses his paddle too. Another wave comes for Jabari and this time it carries the canoe. Then Canoe strike Jabari in the head knocking him unconscious.... By the grace of God Jabari wakes up on a shoreline confused and discombobulated.